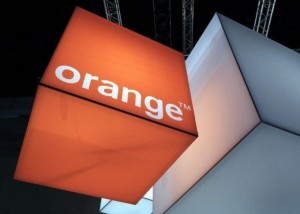 One of the greatest deals for Orange SA is about to happen. The biggest telecommunication company in France announced that it has agreed to sell its Dominican Republic unit to Altice. The deal is estimated to 1,4 billion dollars and will be executed after the approval of the Dominican authorities. The use of the Orange brand is also to be included in the deal. The financing on the deal is led by Goldman Sachs Group Inc, Morgan Stanley, Deutsche Bank AG, Barclays Plc and Credit Agricole SA.

Altice is a large cable and telecommunications investor based in Luxembourg, which operates in 9 different geographic areas that are relatively independent from each other – France, Antilles, Belgium and Luxemburg, Switzerland, Portugal, Israel, Kenya and Tanzania. The company announced that the transaction will be considered by the Oranges board after December the 9th.

The Dominican Unit of Orange was put up for sale in 2013 and was considered pretty attractive for many investors. Last month Altice agreed to purchase both Tricom SA and Global Interlink Ltd. in order to expand its business in the Caribbean. The company plans to offer its customers new television, Internet, wireless and telephone packages that are expected to raise its profits in the region mentioned above.

On the other hand, Orange will get rid of what analysts call “a non-core asset”, which will provide the company with the opportunity to get fresh cash. It is traditional for most European telecommunication companies to dispose of their peripheral assets, which are not crucial for the business in order to increase their investments in the main markets and cut their expenses. Altice is also eager to finalize the deal with Grupo Leon Jimenes, which will make it a partner with its telecommunications investments in the Dominican Republic.

The stocks of Orange rose 0.50% today, and are now sold at a price of 9,61 euros. The companys unit in Dominicana was founded in 2000 and until now has more than 3 million subscribers, and its sales are estimated to about 581 million dollars until 2012. Today Orange announced that it considers the Dominican deal a “significant step forward in the optimization of Oranges assets portfolio”.