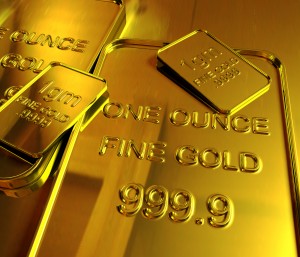 Gold was steady near a one-week low as investors awaited the release of FOMCs October meeting protocols and weighed Fed Chief Ben Bernankes dovish comments on Tuesday against expectations that consumer inflation slowed in October. Silver was mostly unchanged, while platinum and palladium marked moderate losses.

The market was underpinned after Federal Reserve Chairman Ben Bernanke said yesterday the central bank will maintain its aggressive monetary policy for as long as needed and will commence scaling back its bond purchases once it is assured the labor market recovery is robust and will continue.

The U.S. dollar index, which measures the greenbacks performance against a basket of six major counterparts, traded at 80.67 at 9:21 GMT, down 0.05% on the day. The December contract traded mostly lower throughout the day and held in range between 80.73 and 80.58. The U.S. currency gauge fell for a third straight day on Tuesday and extended its weekly decline to nearly 0.3% on Wednesday after it lost 0.5% last week.

Bernanke’s comments came after President Barack Obama’s nominee for next Fed chief Janet Yellen said she doesn’t see evidence at this point that the current policy is inflating assets bubbles, further curbing speculations for an earlier-than-expected tapering of the stimulus.

In her prepared comments prior to her last week’s Senate hearing, Yellen called last month’s 7.3% unemployment rate too high, noting the economy and labor market were performing short of their potential, while inflation remained well below Fed’s 2% target and provided room for easy money supply.

Data due to be released later today may back Yellens statement. The Labor Department is expected to report consumer inflation remained unchanged in October after jumping by 0.2% in September. Year-on-year, the rise in consumer prices probably slowed to 1.0%, compared to 1.2% a month earlier.

Core consumer inflation is expected to have advanced at the same pace as in September with the Core Consumer Price Index gaining 1.7% on annual and 0.1% on monthly basis.

The yellow metal is largely used as a hedge against inflation, which tends to arise when central banks ease money supply. Gold has fallen nearly 25% this year and is set for its first annual drop in 13 years as investors lost faith in it as storage of wealth and after the Federal Reserve announced it will commence curbing its quantitative easing program in the near future.

Assets in the SPDR Gold Trust, the biggest bullion-backed ETF, fell to 863.01 tons on Tuesday, data on its web site showed. This was the lowest level since February 2009.

Jonathan Barratt, chief executive officer of Barratt’s Bulletin in Sydney, commented for Bloomberg: “The concern is that we start to build on this deflationary feeling that nothing is happening. The ETF market is continuing with sales, moms and dads are getting out and getting into other things. There’s no real risk premium attributed to gold at the moment.”