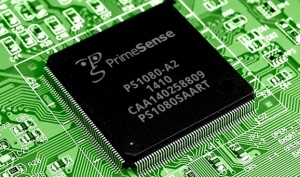 Apple is believed to be in a process of acquiring PrimeSense, an Israeli semiconductor company, for $345 million according to the Israeli newspaper Calcalist. It claims Apple has finalized the acquisition, with plans for an announcement within the next two weeks.

Primesense worked with Microsoft to include its technology, chips, and designs inside the first Kinect sensor for the Xbox 360. Later, Microsoft opted to build its latest Xbox One Kinect sensor without Primesense’s help. Microsoft’s changes led Primesense to focus on retail, robotics, and healthcare industries, alongside gaming and living room tech.

“PrimeSense is the leading 3D technology in the market. We are focused on building a prosperous company while bringing 3D sensing and Natural Interaction to the mass market in a variety of markets such as interactive living room and mobile devices. We do not comment on what any of our partners, customers, or potential customers are doing and we do not relate to rumors or recycled rumors.” PrimeSense representative said.

PrimeSense could contribute to Apple by adding 3D cameras and sensing technology to the iPhone, iPad and even to the rumored smartTV it has in development. PrimesSense is the maker of Carmine, the first affordable, mass-produced 3D sensor, and was created in 2005.

Unnamed sources noted that the expected value of the deal would not be a big jump over where investors had recently valued the company, which was apparently at about $250 million. One source with knowledge of the situation said it was “a bit of a letdown, but a decent outcome.” Another called it “the best that could happen, given the circumstances: A big strategic buyer at a decent price.” But, again, while the deal is expected to close by the end of this week, it is not yet done.

The acquisition of PrimeSense would be Apples second purchase of an Israeli company after it bought flash storage chip maker Anobit in January 2012.

Company has been down 1.3% on a year-to-date basis.