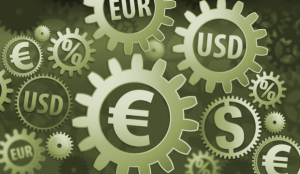 The euro dropped to fresh daily lows against the US dollar on Friday, as private sector in the United States added almost twice more job positions than expected in October, which boosted speculation that the Federal Reserve Bank may consider tapering its quantitative easing soon.

According to data by the Bureau of Labor Statistics, employers in the United States unexpectedly added more job positions than projected in October. Non-farm payrolls increased by 204 000 in October, well above the expected 120 000 new jobs and above the revised up number of 163 000 jobs, added in the previous month (the figure was 148 000 previously). This result suggested that nations labor market has probably become resilient enough, so that the Federal Reserve Bank could begin to taper its monthly asset purchases soon.

At the same time, the rate of unemployment in the country, evaluated on the basis of another survey, increased to 7.3% in October, in line with expectations, from 7.2% in September. The major factor behind this higher rate have been the government workers, taking a temporary leave due to the 16-day partial shutdown throughout the month. They have been classified as jobless during the survey period, despite the fact they have begun working again later in October.

The average hourly earnings climbed 0.1% in October on a monthly basis, retaining the pace, showed in September, while experts had anticipated a 0.2% gain.

Consumers in the United States seem to have been more cautious in their spending during September ahead of the partial government shutdown, triggered on October 1st. This came as another indication that economy has probably been recovering at a slow pace. Personal expenditures rose 0.2% in September compared to a month ago, meeting preliminary estimates. The reported gain, however, appeared to be in consonance with the average gain, registered between July and September. At the same time, personal income of consumers rose 0.5% in September, which exceeded the expected 0.3% gain, with September being the third consecutive month, during which the climb rate of income outperforms the climb rate of expenditures. This tendency might be another confirmation of consumers wariness, when it comes to spending. What is more, the rate of saving in the country rose 4.9% in September, compared to a 4.7% gain in August.

“It fits into our view that the Fed may be in the process of considering starting to pull back on purchases, in our view in January,” Ian Gordon, a New York-based foreign-exchange strategist at Bank of America Corp., said before the report, cited by Bloomberg. “There’s definitely cause for caution when reading into the data, but at the same time it’s our best gauge at this point over where the labor market is, given the importance of jobs data has on the Fed.”

Meanwhile, a selling impulse for the euro was submitted earlier in the day, after France’s long-term foreign and local-currency rating was reduced by one step to AA from AA+. The country has lost its top rating at Standard & Poor’s in January 2012. Experts at the ratings agency also said that macroeconomic reforms by the government might not considerably improve growth outlook in an intermediate term. The outlook on the grade, however, has been revised up to “stable” from “negative”, as French policymakers remained committed to strictly follow their objective not to allow an increase in debt.

EUR/USD is seen to drop to 1.3300 before the end of 2013, and depreciate even further, to 1.3100 by the end of the first quarter of 2014, according to the median estimate of 81 economists, participated in a survey by Bloomberg News.