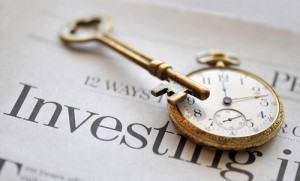 US stock index futures gained today as investors focus on policy statement from the Federal Reserve and looked toward economic data, including the ADP jobs report and inflation figures, to predict when Fed will reduce stimulus. Earnings from General Motors Co. and Facebook Inc. would also be of a great influence to stock markets today.

Futures on the S&P 500 expiring in December rose 0.2 % to 1,771.2 at 12:12 p.m. in London. The benchmark index has rallied 5.4% in October, heading for the biggest monthly gain in two years, as lawmakers agreed to extend the U.S. borrowing authority. Dow Jones Industrial Average contracts added 46 points, or 0.3%, to 15,662 today. Future contracts on Nasdaq technology benchmark added 0.4%.

On Wednesday, the Federal Open Market Committee (FOMC) will dominate investors attention, when it takes interest rate decision after its two-day policy meeting. A statement is expected at 2 p.m. Eastern Time, but analysts forecast no changes to interest rates or the central bank’s $85-billion-a-month asset-purchases program, given the government shutdown earlier in the month and recent downbeat economic data.

“We, like the markets, expect the Fed’s message to be one of taper delay with data still too soft and government shutdown impacting Q4. We are, however, prepared for some form of expectations management, especially with U.S. indexes trading all-time highs.” Mike van Dulken, head of research at Accendo Markets, said in a note ahead of the market open.

In corporate news General Motors Co., Comcast Corp. and 33 other companies in the S&P 500 report results today. Profits for members of the index were predicted to be favorable.

Buffalo Wild Wings added 8.5% to $140.51 after saying late yesterday it expects full-year earnings growth of 28%, up from a previous estimate of 25%. That implies adjusted earnings of $3.83 a share, surpassing the average analyst projection of $3.64.

LinkedIn lost 3.1% to $239.39 in Germany as the world’s biggest professional-networking site said fourth-quarter revenue will be $415 million to $420 million, trailing the average analyst estimate of $438.9 million.