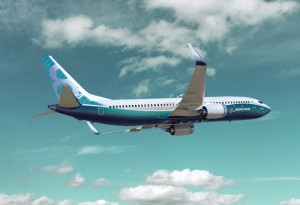 Boeing Co. has secured deals for around 200 of its 737 Max aircraft, the upgraded version of its best-selling planes, from multiple Chinese customers, said two sources familiar with the deals.

Altogether the commitments are worth $20.7 billion at list prices and must be approved by the Chinese government, which is an usual practice for aircraft orders in the country, before the customers can be identified, the sources said.

These are the first commitments for the 737 Max from China, the worlds fastest-growing airline market. Officials from both Boeing and Airbus, have said China is likely to overtake the United States as the worlds largest market over the next 20 years. Boeing stated in a report in August that there are 1,650 single-aisle aircraft in China, with existing orders for another 700. These fly on domestic and regional routes of up to five hours.

The 737 Max customers come from a range of customers including state-owned airlines, China Aviation Supplies Holding Company, as well as leasing firms associated with the countrys banks, the sources said.

Airlines such as Air China, China Eastern Airlines and China Southern Airlines are already operating with the current models of the 737.

The US aircraft manufacturer upgraded the 737 Max with new CFM Leap engines, while including several other enhancements that make it a more fuel-efficient aircraft than the existing models.

The planemaker also forecast that China will take delivery of 3,900 single-aisle aircraft over the next 20 years. The 737 Max competes with the Airbus A320 neo, the re-engined variant of the European planemakers popular single-aisle aircraft. Airbus said last month it has commitments for 100 A320 neo, including 60 from flag carrier Air China and 20 from leasing firm ICBC Leasing.

China is also developing its own single-aisle narrow-body aircraft, the Commercial Aircraft Corp of China C919, to compete with the A320 and 737. The first flight has been delayed to 2015, with the deliveries not expected to begin until a few years after that.

The current forecast among 27 polled investment analysts on CNN Money is to buy stock in Boeing Co.