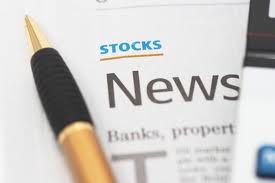 “The U.S. market has outrun itself a little bit after the relief on the debt-ceiling agreement, so I wouldnt be surprised to see some short-term weakness just on profit taking,” said Espen Furnes, a fund manager who helps oversee $75 billion at Storebrand Asset Management in Oslo. “Weve seen some more earnings disappointments this quarter than the previous one.”

In corporate news, Broadcom sank 7.7% to $25.04 after it forecast fourth-quarter revenue of about $1.92 billion to $2.03 billion. Analysts on average had predicted $2.13 billion. The chip-maker stated yesterday that net income rose 44% to $316 million in the third quarter.

Juniper, the world second largest networking gear maker lost 1.8% to $20 in late New York trading yesterday after saying fiscal fourth-quarter sales will be about $1.2 billion to $1.23 billion. Analysts on average had projected revenue of $1.23 billion.

Corning surged 24% to $19.10 in pre-market trading after the company said it will buy Samsung’s 43% stake in Samsung Corning Precision Materials Co., which makes glass for liquid crystal displays in South Korea.

Boeing Co., AT&T Inc. and 37 other companies in the S&P 500 report results today. Profits for members of the gauge probably increased 2.5% during the third quarter as sales climbed 2.2%, according to analysts’ estimates compiled by Bloomberg.