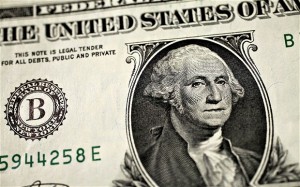 US dollar slipped to its lowest point in one-week against the Canadian peer on Thursday, as speculation appeared that the Federal Reserve Bank will maintain the pace of its stimulus program due to economic disruption from the 16-day partial government shutdown.

The vote on US debt last night passed by wide margins – an 81-18 vote in the Democratic-led Senate and a 285-144 vote in the Republican-controlled House. This allows the United States to avert default and end the partial shutdown, which began on October 1st and has cost 24 billion USD to the economy. US President Barack Obama signed the bill earlier today, according to a White House statement, with this measure allowing government workers return to their jobs as soon as today.

However, the US dollar remained broadly weaker, as concerns appeared over the possible consequences to US economy after 16 days of partial government shutdown. What is more, this temporary solution on the fiscal issue does not resolve the underlying budgetary issues, which divide Republicans and Democrats in the United States. It is also expected that due to the experienced shutdown, the Federal Reserve Bank may postpone its intentions to taper the monthly pace of monetary stimulus at the upcoming meeting on October 30th.

Additional selling impulse for the greenback came after earlier today it became clear that a Chinese ratings agency Dagong revised down its outlook over the US credit rating from “A” to “A-”. Fitch Ratings, on the other hand, placed its AAA rating on the United States on “rating watch negative” earlier in the week.

In addition, a weekly report showed that the number of people who filed for unemployment assistance in the United States decreased by 15 000 to 358 000 during the week ending on October 12th 2013, as the result was still influenced by delayed processing of data in California. Experts had anticipated that the number of claims will decrease to 335 000 from the revised down 373 000 claims in the preceding week. The average number of claims in the country during the past four weeks, an indicator considered as lacking seasonal effects, rose by 11 750 to reach 336 500 claims, marking the highest level since late July.

Elsewhere, the loonie, as Canadian dollar is also known, was losing ground against the euro, with EUR/CAD cross advancing 0.72% to trade at 1.4080 at 13:39 GMT. GBP/CAD pair rallied 0.90% on a daily basis to trade at 1.6624 at 13:40 GMT. The Canadian currency has dropped 1.5% during the past month against nine developed-nation currencies, tracked by the Bloomberg Correlation-Weighted Index. The US dollar has fallen 1.4%.