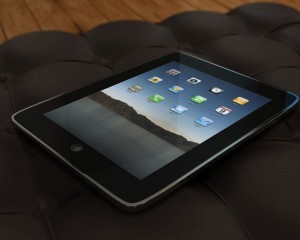 As of right now Apple is the dominant company producing tablets with market share around 32% by unit shipments in the second quarter, according to market trackers IDC. However, that represents a massive jolt comparing it to the 60% company had a year earlier. The previous version of iPad mini now makes up around two-thirds of Apples iPad sales, analysts estimate, making it the worlds most popular tablet amid various alternatives.

The tablet market this year becomes quite different from what we were used to see in 2012 – three or four main tech giants racing to compete with their own operating systems. The market conditions now include dozens of cheap, no-name manufacturers, all of which running versions of the Android operating system.

Additionally, some of world biggest retailers such as Tesco in the UK and Carrefour in France have followed Amazon into low-priced tablets that come preloaded with their media or e-commerce stores, enabling the hardware to be sold at or below its bill-of-materials cost. Even not so well established tablet brands such as Nokia and Microsoft, with its Surface, are now releasing the products needed to compete with new Windows tablets.

“A shift in leadership is now upon the tablet mobile computing market,” wrote analysts at ABI Research in a late-September report, cited by Financial Times. “During the second quarter of 2013, the number of Android-powered tablets surpassed iOS-based slates for the first time, tablet-related hardware revenues reached parity, and perhaps most important, the average selling price of iPad is rapidly approaching the market average.”

The slowing of supply could leave Apple missing the same quality of screen on its iPad mini, that is available on rivals such as Amazons latest Kindle Fire, Samsungs Galaxy Tab and Googles Nexus 7.

The current consensus among 55 polled by CNN Money investment analysts is to buy stock in Apple Inc. The tech giant shares still lag almost 6% on a year-to-date basis.