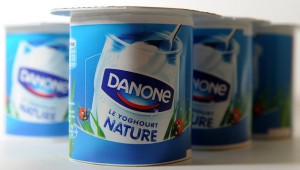 As many companies in the business, when things are moving slowly at home, looking for new markets is a priority. French food group Danone has focused on emerging markets in recent years to offset the environment back home.

The company said it lowered full-year forecast on Wednesday amid the recall of baby milk products in Asia. However, in the US, Danone is boosting its energy to increase market share that has been consistently growing at more than 8% a year. Growth rate that most people would typically associate with consumption patterns in India, China or one of the world’s other high-growth economies.

“It is what we call one of the growth markets,” said Pierre-André Térisse, Danone’s chief financial officer, cited by Financial Times. “For us, it has all the characteristics of an emerging market.”

The strong growth is triggered by US consumers, who despite traditionally buying milk and cheese, now turn their taste to yogurt, in particular Greek-style. According to Nielsen, the market research group, sales of Greek yogurt have increased from less than 5% of the total four years ago to almost half today.

The increased demand for Greek yogurt and the near double-digit growth of overall US yogurt sales, per capita consumption remains far from European consumption. According to industry estimates, the average person in France eats roughly one yogurt a day, compared with less than one a week in the US.

One of the main obstacles in spreading the popularity of yogurt in US is the limited space retailers have to display diary products. Only between 18 and 20 feet of shelf space is dedicated to yogurt in a typical US supermarket, compared with between 30 and 40 feet in much of Europe.

“The battle is trying to educate the retail trade.” said Alex Smith, an analyst at Espirito Santo in London.

In China, growing sales have been offset by allegations that Danone’s Dumex baby milk brand bribed hospital workers to promote its products. Dumex this week expressed “deep regret”, saying that it would implement management changes.

In Danone’s willingness to add more market share, analysts issue two main warnings. The first is that while sales of Greek-style yogurt are still expanding rapidly, the rest of the US yogurt market has begun to shrink which may be a result of market saturation.

The second is that fierce competition has made it harder to win market share as smaller companies . Danone’s overall share of the US market has fallen from a peak of about 39% in 2010 to an estimated 33.5% this year, according to Euromonitor. However, Danone didnt confirm it.

The current consensus among 34, polled by Money CNN investment analysts, is to hold stock in Danone SA. This rating has held steady since October, when it was unchanged from a hold rating.