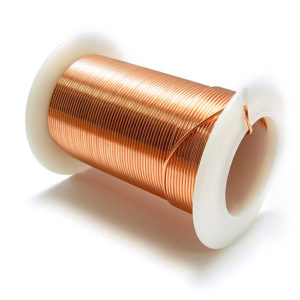 Copper swung between gains and losses and fell in the early European trading session after data on Wednesday and Thursday showed a decrease in manufacturing output in most of Europes big economies. A stronger dollar also weighed on prices.

On the Comex division of the New York Mercantile Exchange, copper futures for settlement in December fell by 0.20% to $3.225 per pound at 8:37 GMT. Prices ranged between days high and low of $3.243 and $3.222 per pound respectively. The industrial metal plunged more than 2% on Wednesday, adding to its 2.3% weekly decline.

Copper prices were pressured after data showed a broad slowdown in Europes manufacturing production. Frances manufacturing output rose by 0.3% in August, underperforming analysts projections for a 0.6% increase. Year-on-year however, production contracted by 3.8%, exceeding expectations for a 3.7% decline. Swedens indicator defied forecasts and plunged by 2.3% from July, compared to anticipations for a 0.5% rise, and 6.9% from a year earlier, whereas economists expected a 4.1% contraction.

In Italy, manufacturing production fell by 0.3% in August, compared to forecasts for a 0.7% advance, while year-on-year output declined by 4.6% after it retreated by 4.2% in the preceding month.

The metal drew some support during the Asian trading session after data showed that machine orders in Japan rose by 5.4% in August after they remained unchanged in July, surpassing projections for a 2.5% expansion. Year-on-year, orders jumped 10.3%, above forecasts for 8.5% and outperforming the previous months 6.5% increase.

On Wednesday, Great Britains manufacturing production also disappointed by falling 1.2% in August, confounding expectations for a 0.4% advance after Julys 0.2% expansion. Year-on-year, output on the island contracted by 0.2% after it slipped 0.3% in July, rebutting analysts projections for a 1% jump.

Germanys industrial production however managed to bring some positive sentiment. The leading EU nations industrial output rose by 1.4% in August after retreating 1.1% in July and exceeded forecasts for a 0.9% jump. A 0.3% advance was marked year-on-year, defying expectations for a 1.5% contraction.

Prices however were also pressured on Wednesday after the International Monetary Fund trimmed its global growth forecast for this year to 2.9%, down from previously estimated at 3.1% in July. Next year’s projection was trimmed to 3.6% from July’s prediction for 3.8%.

Also spreading negative sentiment, the U.S. dollar rebounded yesterday after hovering for several sessions near its 8-month low. The dollar index, which measures the greenback’s strength against six major counterparts, traded at 80.58 at 8:38 GMT, up 0.21% on the day. The December contract held in range between day’s high of 80.68, the strongest level since September 26, and day’s low at 80.45. The U.S. currency gauge rose by 0.5% on Wednesday and increased its weekly advance to over 0.4% after rising on Thursday.

The greenback regained strength after President Barack Obama nominated Janet Yellen, the Fed stimulus program’s key architect, as the person to replace Ben Bernanke as Fed Chief after his term expires on January 31.