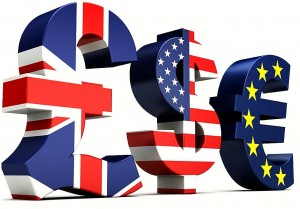 The euro pared earlier gains against the US dollar, following the release of US data string to show the number of initial jobless claims rose less than projected, while the deficit on US current account contracted.

US Department of Labor reported earlier today that the number of people who filed for unemployment assistance in the country during the past week remained close to the six-year low, registered a week before, despite that continuing inaccuracies in data processing, made result analysis a bit difficult. The number of initial jobless claims rose to 309 000 during the week ending on September 14th 2013, marking the lowest level since 2007, while estimates pointed an increase to 330 000. Analysts from the Labor Department said that these were the complete results during the past week. However, the number of claims, recorded in the preceding week, which has been revised up to 294 000 from 292 000 previously, might still not represent the actual accurate result, as computer processing issues in Nevada and California continued. The average number of claims during the past four weeks, an indicator considered as lacking seasonal effects, decreased by 7 000 to reach 314 750 claims.

At the same time, US current account registered a lesser deficit during the second quarter of the year, at the amount of 98.89 billion USD, as during the first three months of 2013 the deficit figure was 104.90 billion USD. Q1 data has been revised down from a larger deficit, estimated previously, at the amount of 106.15 billion USD. Experts had anticipated that the deficit will reach 96.30 billion USD. This decreased deficit in Q2 was a result mostly of the lesser deficit regarding trade with goods and the larger surplus regarding trade with services.

These data points came one day, after the Federal Reserve Bank refrained from scaling back the 85-billion-USD-per month Quantitative Easing.