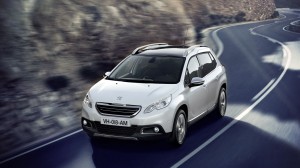 PSA Peugeot Citroen, Europe’s second-largest automaker, reported better than estimated earnings as it recorded smaller loss than it was expected by analysts. A tighter cost management offset a decline in deliveries which outpaced even the region’s negative numbers.

Peugeot is cutting costs after its car-making unit lost 3 billion euros in cash in 2012 as deliveries dropped amid the fifth consecutive annual contraction in Europe’s auto market. The manufacturer, which is closing a car plant near Paris, is in talks with banks on options to support finances, including a capital increase and selling assets such as a stake in the Banque PSA Finance auto-loan arm, people familiar with the matter said a week ago to Bloomberg.

The French company’s shift includes cutting its domestic workforce by 17% and seeking more customers with new models such as the Peugeot 2008 crossover, 208 hatchback and Citroen DS vehicle line.

The company said the new cars exceeded targets, helping to diminish the loss at the auto unit to 510 million euros from 657 million euros a year ago. A further boost is expected from the Peugeot 308 compact and Citroen C4 Picasso minivan in the second half of the year.

“The loss in the automotive division is lower than expected, while cash flow was higher,” Sascha Gommel, an analyst with Commerzbank AG in Frankfurt said for Bloomberg. “The company is well on track to reach its guidance.”

To cut costs, the manufacturer agreed to a partnership in 2012 with US-based General Motors Co. to develop vehicles and buy parts together. The alliance has started its first joint purchasing negotiations, Peugeot said today. The company foresees that Europe’s car industry, on track for a sixth straight annual decline, will contract by about 5% this year which is in line with companys earlier forecasts.

Peugeot has been granted financial backing including a 7 billion euro French state guarantee of new bonds issued by Banque PSA Finance as well as an 11.5 billion euro refinancing agreement for the unit with a pool of about 20 banks. European Union regulators cleared the government guarantee yesterday on condition that Peugeot take steps to limit net debt and accept restrictions on large acquisitions. Those restrictions would remain till 2015.