Skip to content
Home  »  Stock News   »   Everyone vs Apple: competitors press on the tech giant 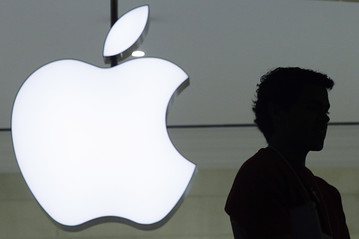 Apple has been on the top of the corporate headlines for the most part of last month. The company was accused for its tax evading policy using Irish subsidiaries and saving billion of dollars. The discussion of weather or not Apple was the one to blame, did no more than pointing out some serious flaws in the US corporate tax law. Tim Cook was called to testify before the Senate Permanent Subcommittee on Investigations. Although, there wasnt a lawful contradiction on Apples tax evading policy  a sign of disapproval was shown by Senator Carl Levin.

Earlier last week Google declared intentions to step up on the market with its “Hero” phone capable of competing with Apple and Samsung. The device is believed to be out on the market later this year. The gadget would have many innovative features and would be priced way cheaper than iPhone according to Motorolas CEO.

This year Google entered the music streaming business trying to earn some of Apples market share. The product of the internet giant was defined by some analysts as a digital breakthrough in the music industry.

Samsung chose Intel as a supplier for its tablet processor as the new Intel Atom is the first one to support Android and Windows 8. The company aims to raise the competition level with Apples iPad and surprisingly decided to use its industry rival as a supplier.

Recent news suggest that Apple is going to lose its leading role in mobile application market as Google is piling the pressure. Both companies have similar numbers of mobile application downloads by users of their platforms and according to analysts Google would soon surpass Apple. However, iPhone and iPad remain revenue leaders for mobile apps makers. Nevertheless, Google has increased its revenue from apps by more than 40% comparing to last year which is a huge boost.

“Its not always true that the revenue will be less for Google” says Vincent Hoogsteder, Distimo chief executive cited by Financial Times. He argued that some apps are prove to be more profitable for Google than its competitor.

Despite some share price changes in May, Apple has been able to recover from Aprils fall. Last week the company recorded a 1.26% climb.