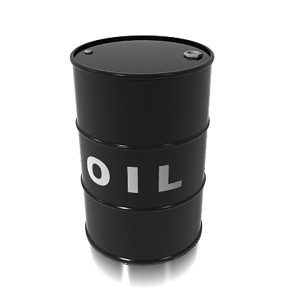 “It’s clear at the moment we have a bias to the downside, with concerns about global growth and increasing inventory numbers equaling lower prices,” said Michael McCarthy, a chief market strategist at CMC Markets in Sydney

WTI futures are little changed today and still trade below 93$. West Texas Intermediate settled with a 2% decrease yesterday, which is the biggest decline since May 1. The volume of all contracts traded on the New York Mercantile Exchange was 32% below the 100-day average.

The Energy Information Administration is scheduled to release its Crude Oil Reserves report today, one day later than usual due to Memorial Day holiday on Monday. According to a Bloomberg Survey, the report should indicate a 500 000 barrels decrease.

Oil traders have also been taking into account news about the OPEC meeting in Vienna on Friday. Hot topics will be OPECs quota and increased shale oil output by the U.S. Most analysts predict the Organization of the Petroleum Exporting Countries will not change its production pace. Ali al-Naimi, oil minister for Saudi Arabia, said that current conditions are “the best environment for the market” and that “demand is great”.