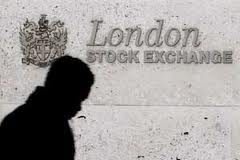 The UK benchmark index FTSE 100 (UKX) commited the highest raise in more than 5 years. Easyjet Plc (EZJ) stated forecasts for improvement in profitability for the whole year and their stock advanced by 5.9%. Stock Exchange Group Plc beat analyst predictions and raised by 2.6 percent. There were some speculations on Washington to show some negative data on the industrial index for the first time in three months. FTSE 100 (UKX) keeps on dropping by little from the morning when UK markets open from -0.10% to -0.22% probably expecting the US industrial index to report at 14:15 (GMT).

Meanwhile, the ZEW index of economic sentiment shows no change in German economy despite recent positivity of German economic data. Surely, the weak eurozone economy draws back investments and bad economies compensating the good results of stable ones. Germany economy expanded less than predicted in first quarter and France slipped into recession. The GDP of Europes largest economy grew with 0.1% merely holding up.On the bright side ZEW indicator of economic expectations shows significant improvement jumping from 2.7 to 27.6 points although current indicators remain unchanged.

Expect more updates for US industrial index after 14:15 (GMT).