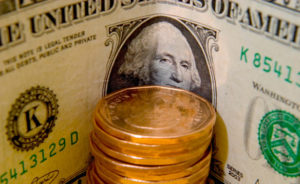 Today USD/CAD trading may be influenced by the macroeconomic releases listed below.

Sales of new single-family homes probably fell to the seasonally adjusted annual rate of 550 000 in September, according to market expectations, from 552 000 reported in August. The latter has been the highest level of sales since February 2008, when a figure of 575 000 was reported. Sales in the Northeast went up 24.1% in August, those in the South were up 7.4%, while sales in the West increased 5.4%. On the other hand, new home sales in the Midwest were 9.1% lower in August compared to a month ago.

The median sales price of new houses sold was USD 292 700 in August, while the average sales price was USD 353 400. At the end of the month, the seasonally adjusted estimate of new houses for sale was 216 000, which represents a supply of 4.7 months at the current sales rate, according to the report by the US Census Bureau.

This report has a significant influence on the Foreign Exchange market, because increasing new home sales can lead to a rise in consumption, for example. The new home sales index is also an excellent indicator of any economic downturns or upturns due to the sensitivity of consumers’ income. When, for instance, new home sales drop over several months, this usually is a precursor to an economic depression.

In case a lower-than-expected level of sales is reported, this would have a strong bullish impact on the US dollar. The Census Bureau is to report the official figure at 15:00 GMT.

Taking into account the week ended on October 25th and the daily closing levels of the major currency pairs, we come to the following conclusions in regard to the strength of relationship:

1. During the examined period USD/CAD moved strongly in one and the same direction with USD/CHF and USD/JPY, while moving strongly in the opposite direction compared to EUR/USD and GBP/USD.

2. USD/CAD moved almost equally in the opposite direction compared to AUD/USD during the past week.

3. The correlation between USD/CAD and NZD/USD was moderate during the period in question.

The yield on US 2-year government bonds climbed as high as 0.645% on October 23rd, or the highest level since October 9th (0.657%), after which it closed at the exact same level to add 4 basis points (0.04 percentage point) compared to October 22nd. It has been the first increase in the past three trading days.

The spread between 2-year US and 2-year Canadian bond yields, which reflects the flow of funds in a short term, expanded to 0.110% on October 23rd from 0.083% during the prior day. The October 23rd yield spread has been the largest one since October 1st, when the difference was 0.120%.

By using the traditional method of calculation again, the weekly pivot levels for USD/CAD are presented as follows: