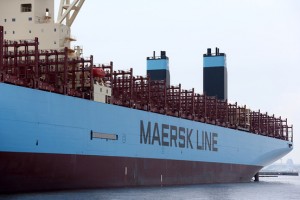 Denmarks A.P. Møller – Mærsk A/S announced a plan to divest its stake in Danske Bank on Wednesday as the shipping and oil conglomerate redirects its efforts to its core business.

The countrys largest company said that due to mounting shareholder requests Maersk will sell its 20.05% stake in Denmarks biggest lender. The company said it will distribute an extraordinary cash dividend to its shareholders equal to the value of the stake, or around $5.5 billion, based on the banks closing price on Tuesday.

Additionally, the company said that it will sell 15% to the Moller family foundation, its major shareholder, in order to secure a long-term Danish ownership of the lender, while the other 5% will be available for purchase by its other investors.

Following the purchase the Moller foundation, which already owns 2.98% of Danske Bank, intends to increase its stake to 20% by ordering an additional 2.02% stake.

Maersk has been a major shareholder in Danske Bank since 1928, but the company is sticking to the trend of disposing assets that are irrelevant to its main oil and shipping business. The move surprised some analysts as they were expecting Maersk to announce a sale, but not the disposal of its Danske stake.

The move is the latest of series of sales since Nils Andersen became chief executive of Maersk in 2007. Last year Mr. Andersen sold the majority of its supermarket business for $3 billion, following the disposal of its struggling shipyard and a part of its stake in a ferry operator.

Additionally, Mr. Andersen launched the companys first share repurchasing program and sold a number of real estate assets, including its US headquarters in Madison, New Jersey.

In a separate statement Maersk reported unchanged net sales of $47.57 billion for the twelve months ended December. However, net income jumped 38% to $5.2 billion versus $3.78 billion in 2013, boosted by a $2.8 billion gain from the sale of Dansk Supermarked.

Additionally, Maersk Line maintained its position as the worlds largest container shipping line through 2014 and reported a net income of $2.3 billion compared to $1.5 billion in the previous period. The companys largest operating unit benefited from increased volumes and lower unit costs.

However, Maersk Oil delivered a net loss of $861 million versus $1 billion in profit a year earlier as lower oil prices took their toll.