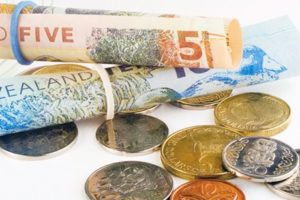 New Zealands Gross Domestic Product (GDP) probably expanded 3.3% during the third quarter of the year compared to the same period a year ago, after in Q2 economy grew at an annualized rate of 3.9%.

The GDP represents the total monetary value of all goods and services produced by one nation over a specific period of time. Higher rates of growth suggest that interest rates may follow the same direction. Higher interest rates, on the other hand, will usually attract more investors, willing to purchase assets in the country, while, at the same time, this will increase demand for the local currency. Therefore, in case economic growth in New Zealand exceeded expectations, this would provide support to the kiwi dollar. Statistics New Zealand is expected to publish the GDP report at 21:45 GMT.

The annualized consumer inflation in the United States probably decelerated to 1.4% in November, according to market expectations, from 1.7%, registered in October, September and August. If so, this would be the lowest rate since February, when an inflation of 1.1% was reported. In monthly terms, the Consumer Price Index (CPI) probably dipped 0.1% in November, after remaining flat in the prior month. In October energy prices dropped 1.6% year-on-year, as cost of gasoline and fuel oil fell 5% and 6.5% respectively. Food prices rose at an annualized rate of 3.1%. The index for all items less food and energy went up 1.8% in October, following a 1.7% rise in the previous month. Cost of services less energy was up 2.5%, as shelter and transportation index gained 3% and 1.8% respectively, according to the report by the Bureau of Labor Statistics.

The CPI includes sales taxes, but excludes income taxes, costs of investments such as stocks and bonds and sales prices of homes.

The annualized core consumer inflation, which is stripped of prices of food and energy, probably remained steady at 1.8% in November. It is usually reported as a seasonally adjusted figure, because consumer patterns are widely fluctuating in dependance on the time of the year. The Core CPI is a key measure, because this is the gauge, which the Federal Reserve Bank takes into account in order to adjust its monetary policy. The Fed uses the core CPI, because prices of food, oil and gas are highly volatile and the central bank’s tools are slow-acting. In case, for example, prices of gas surge considerably, this could lead to a high rate of inflation, but the central bank will not take action until this increase affects prices of other goods and services.

If the CPI tends to approach or comes in line with the inflation objective, set by the Federal Reserve and considered as providing price stability, or 2%, this will usually support demand for the US dollar. However, quite high rates of inflation (well above central bank’s inflation target) can be harmful to economy and as a result, this may lead to the loss of confidence in the local currency.

The Bureau of Labor Statistics is to release the official CPI report at 13:30 GMT.

At 18:00 GMT the Federal Reserve Bank is to release its Economic Projections report, containing inflation and economic growth forecasts in regard to the upcoming two years. The report also includes a breakdown of every FOMC members interest rate projection.

The Federal Open Market Committee (FOMC) will probably keep its benchmark interest rate unchanged within the range 0%-0.25% for a 47th consecutive meeting, after the end of the Quantitative Easing cycle, according to the median forecast by experts.

The minutes of Federal Open Market Committee meeting, conducted in October, revealed that policymakers expressed concerns over a possible downward shift in longer-term inflation expectations. According to extracts from the minutes: ”In their discussion of the economic situation and the outlook, most meeting participants viewed the information received over the intermeeting period as suggesting that economic activity continued to expand at a moderate pace. Labor market conditions improved somewhat further, with solid job gains and a lower unemployment rate; on balance, participants judged that the underutilization of labor resources was gradually diminishing.”

”Most participants anticipated that inflation was likely to edge lower in the near term, reflecting the decline in oil and other commodity prices and lower import prices. These participants continued to expect inflation to move back to the Committees 2 percent target over the medium term as resource slack diminished in an environment of well-anchored inflation expectations, although a few of them thought the return to 2 percent might be quite gradual.”

”All but one member agreed that the Committee should reiterate the expectation that it likely would be appropriate to maintain the current target range for the federal funds rate for a considerable time following the end of the asset purchase program in October, especially if projected inflation continued to run below the Committees 2 percent longer-run goal, and provided that longer-term inflation expectations remained well anchored.”

The Fed has indicated that a rate hike may be introduced sooner than anticipated, in case inflation and employment outlook in the US continue to improve.

The FOMC will announce its official decision on policy at 19:00 GMT.

At 19:30 GMT Federal Reserve Chair Janet Yellen is scheduled to take a statement at a press conference regarding monetary policy. Her tone will certainly influence greenbacks volatility, as a more hawkish tone will provide support, while a more dovish tone will lead to a sell-off.

According to Binary Tribune’s daily analysis, the central pivot point for the pair is at 0.7788. In case NZD/USD manages to breach the first resistance level at 0.7857, it will probably continue up to test 0.7917. In case the second key resistance is broken, the pair will probably attempt to advance to 0.7986.