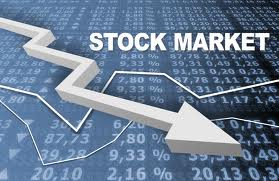 US stocks fell putting to an end a the longest advance of S&P 500 since the beginning of the year. Coca-cola earnings report disappointed and its shares dropped 1.9% as the beverage company said reports missed estimates amid slowing economic growth in China and Europe.

The S&P 500’s decline accelerated after Fed Bank of Kansas City President Esther George said the U.S. was on the “right path” for economic recovery and that cuts in the pace of stimulus seem “appropriate.” George, speaking on Fox Business Network, also said inflation appears to be “moderate” and the benchmark interest rate should not be held too low for too long.

“Hawkish comments from Kansas City Fed President George as to the timing of adjustments to the Fed’s bond purchases are putting modest pressure on the indices,” Ryan Larson, the Chicago-based head of U.S. equity trading at RBC Global Asset Management (U.S.) Inc., said in an interview for Bloomberg. “Outside of that, earnings are in the early stages and many are waiting for chairman Bernanke’s testimony to Congress tomorrow for further direction about future Fed policy.” he added.

Later today Ben Bernanke – Feds chairman, is going to state his view on economy, also housing data is to be reported.

In corporate news, Ford Motor Co. declined by 3% to $16.60 after Goldman removed the car manufacturer from its conviction buy list. The firm maintained a “buy” rating on the stock.

General Motors Co. dropped 0.9% to $36.18, reversing an earlier gain of as much as 1.2%. The company said its global first-half sales climbed 3.9% on gains in the U.S. and China. Goldman added the stock to its conviction buy list.

Automakers plunged 1.8% as a group, the biggest decline among 24 industries in the S&P 500. Goldman degraded the industry to “neutral” for the first time since 2009, saying car stocks typically record losses when interest rates rise. Data yesterday showed sales at car and parts dealers gained the most in seven months in June.