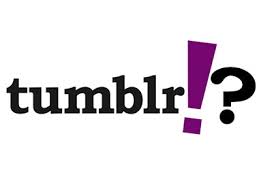 Tumblr is a blogging site and social network company founded in 2007 by its current CEO David Karp. The site employs around 175 people. Millions of blogs and billions of post are the main resource the company offers to its users, accompanied by a strong mobile platform. So far, the company has been unable to generate enough profit to keep operating. Recently, Tumblr revealed to its employees that the site has enough money to operate 2-3 months ahead.

Yahoo is close to acquiring Tumblr on all-cash deal worth $1.1 billion. This is a much higher price than what Tumblr is valued (around 800 million). The acquisition is reported to be announced today on a press conference scheduled by Yahoos CEO Marissa Mayer, who is believed to have something special to share with media.

The possible deal would give Yahoo an ability to attract younger users and hopefully compete with the big guys in the social network business Facebook and Google. The Tumblr service is most popular among teen and college aged users. Most likely Yahoo wants to expand on the quality mobile platform of Tumblr. Recently Yahoo is purchasing small mobile starting platforms and adds which suggests the companys direction.

If Yahoo and Tumblr agree on the deal that could be the largest since Internet giants CEO Mayer took over the company.

Recent news from Tumblr blog users reveal that most of them are not supporting the deal. Threats of leaving the site could be noticed from people not embracing the idea of filling the site with advertising. Most of users state this as the main reason they prefer Tumblr. They express the concern that Yahoo would want to make the site more profitable.