If youve followed this guide chronologically (as you should), then youve already chosen your platform and youve created the free demo account. Youve maybe even blasted a few trades, quite possibly made some money on the market. Now youre prepared to charge your account in order to start trading for real because its nice to make virtual money but its even nicer to make real cash. Are we there yet? Good, now forget about all of that. You are not ready to trade. You might have already convinced yourself that youre some sort of trading prodigy because youve made some profits, but (at least statistically speaking) this is definitely not the case. You are far away from becoming a real trader.

If you want, go ahead – waste your money based on the premise that you will become rich in a few days. Weve seen it time and time again – this ridiculous notion thats caused many to throw away their savings in pursuit of fairytales. Or, you can keep reading – if weve taught you something so far, it has to be that you shouldnt be impatient because making money is not as easy as it looks. 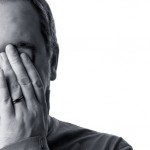 How many of the trades you do in the beginning will count as first trades? Well, it varies from person to person. How long will it take for you to realize that trading involves big risks, that nothing is guaranteed and also that its quite possible to suffer losses even if you think youve thought everything through?

Your first trades are those that show you the real face of trading. They allow you to see how the game is played. You will definitely notice that things are a lot different from what you expected. The first trading experience is always unique.

Some new traders lose a lot and get discouraged on their first day. This is good (the losing part, not the getting discouraged part). It helps you get into the essence of investment much faster. Helps you prepare your mentality that its quite possible to lose and that there are stakes at hand. Even though you are investing virtual money you will feel bad about losing. Whether youve tried to trade on your own or youve copied a trader, your expectations were probably very different from the outcome. How is it possible that a trader with 300% gain in the past six months can lose so much of your investment? Or how is it possible to lose even though you did what 87% of the market was doing at the time?

This wont make sense to you. It will disappoint you. But it will also help you grow. This is good. Losing in the beginning is good. Youre not investing your own money so what do you care that youre losing? Experiment all you want. Get to know the market. Get to know the traders. Get wild with that virtual currency. Use the time. Use the money. Dont try to rush things. Dont invest real money just yet. Once you truly understand everything you need, and once you consistently start making profits in your demo account, then you can start real money trades.

Your first winning trades a thrill very few things can make you feel. Even if its just with virtual money, the idea that youve just made a profit out of nothing is fantastic. Youve managed to predict the market movements and made the right call. Youve won where so many have lost. Youve succeeded where so many have failed. Youre a winner!

Looking at your total equity increase is just mesmerizing. This is a truly magical feeling, especially if youve lost a lot. It means that youre finally learning. Once you start consistently making profits, you will feel much better about yourself. Your confidence will boost. You will finally be ready to enter the real game.

However, winning your first can be the worst thing thats ever happened to you (at least in the financial sector). Sometimes having luck on your side is the worst fate to endure. Just like a gambler who thinks he will win every time because of that first win, so will you be fooled into thinking that trading is easy and will make you rich in the matter of months. There have been many young traders falling in this trap – winning their first few trades fooled them into thinking they were ready for the game so they entered trades with real money. Of course, thinking that its a sure thing, they invested a lot more than they should have so they were quickly ruined. Some of them managed to get back on their feet, but to many it was too hard.

Even if you win your first trades, always remember – dont invest real money until youre really ready. A few trades dont prove anything. Getting lucky a few times doesnt mean that you will consistently make profits. If you dont believe us, keep trading and you will see. Once your profits disappear and you start losing, you will be thankful that you didnt rush things.

Whether you win or lose your first trades, take your time. Its important to know as much as you can before you start investing real money. Also, its always a good idea to have a demo account at your disposal just in case. You never know when you might need it. Maybe you want to test a new strategy, or maybe you want to check a new trader out.. A demo account will help you perform trials without risking your own money. Take your time, plan carefully, and test as much as you can. Its a lot better than wasting your portfolio.