With the recent air travel concerns and disruptions, TradingPedia‘s team of financial analysts decided to dive deep into the American Airlines’ Q2 financial report published on 30th of June 2022.

In light of red-hot inflation and growing recession concerns, American Airlines’ (NASDAQ: AAL) Atlantic revenue registered another stunning year-on-year growth in the second quarter, while soaring 1085% to $1.481 billion. That followed a staggering 2018% surge in the first quarter compared to Q1 2021 and a 1142% increase in the fourth quarter of 2021 compared to Q4 2020. 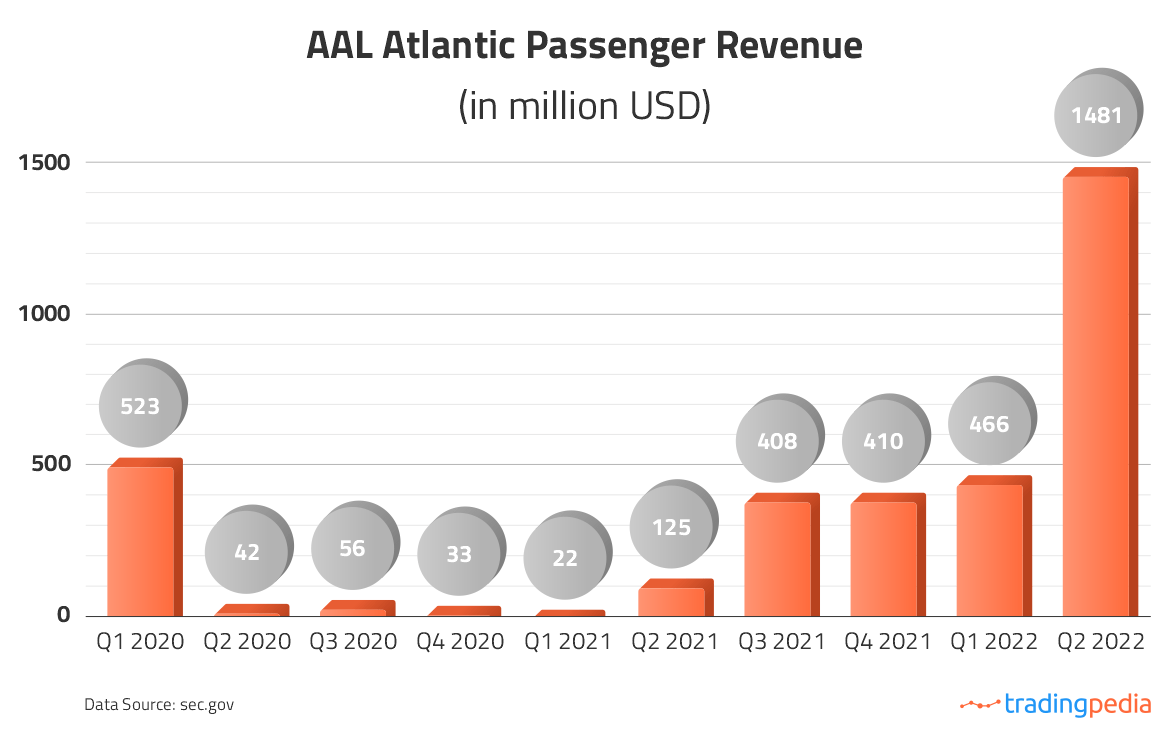 What is more, the airline reported its highest total revenue (passenger, cargo plus other revenue) in its business history in the second quarter, $13.4 billion, and also returned to profitability for the first time since the onset of the COVID-19 pandemic.

“The reported figure suggests an over 12% surge compared to the second quarter of 2019 and serves as evidence American Airlines has managed to utilize a robust air travel demand environment we have been witnessing over the past few quarters. And, the company has managed to generate this record quarterly revenue by flying 8.5% less capacity compared to Q2 of 2019,”

The company operated over 500,000 flights in Q2 (or 8% more compared to Q2 of 2021), while its average passenger load factor across all regions was 87%. Load factor, or the percentage of available seats occupied by passengers, for the Atlantic geographic region was 77.8% in Q2, compared with 23.3% in Q2 of 2021. During the first quarter, American Airlines’ passenger load factor was 74% on average and 56.5% for Atlantic operations.

The air carrier reported a quarterly profit, excluding net special items, for the first time since the beginning of the coronavirus pandemic, of $533 million ($0.76 per share).

The staff shortage the airline industry faced, especially at the start of the summer travel season, led to flight cancellations, flight delays, long lines at airports as well as some other issues (lost luggage). But despite those operational hurdles, other US air carriers also reported an increase in their revenue and profit during the second quarter.

Delta Airlines reported $13.82 billion in revenue and a net income of $735 million, while flying 18% less capacity compared to Q2 of 2019. Delta’s domestic travel revenue rose 3% compared to the second quarter of 2019, while the company also saw a marked improvement in Atlantic travel.

United Airlines reported $12.11 billion in revenue and a net income of $329 million – its first quarterly profit since the start of the pandemic without the help of federal payroll aid. 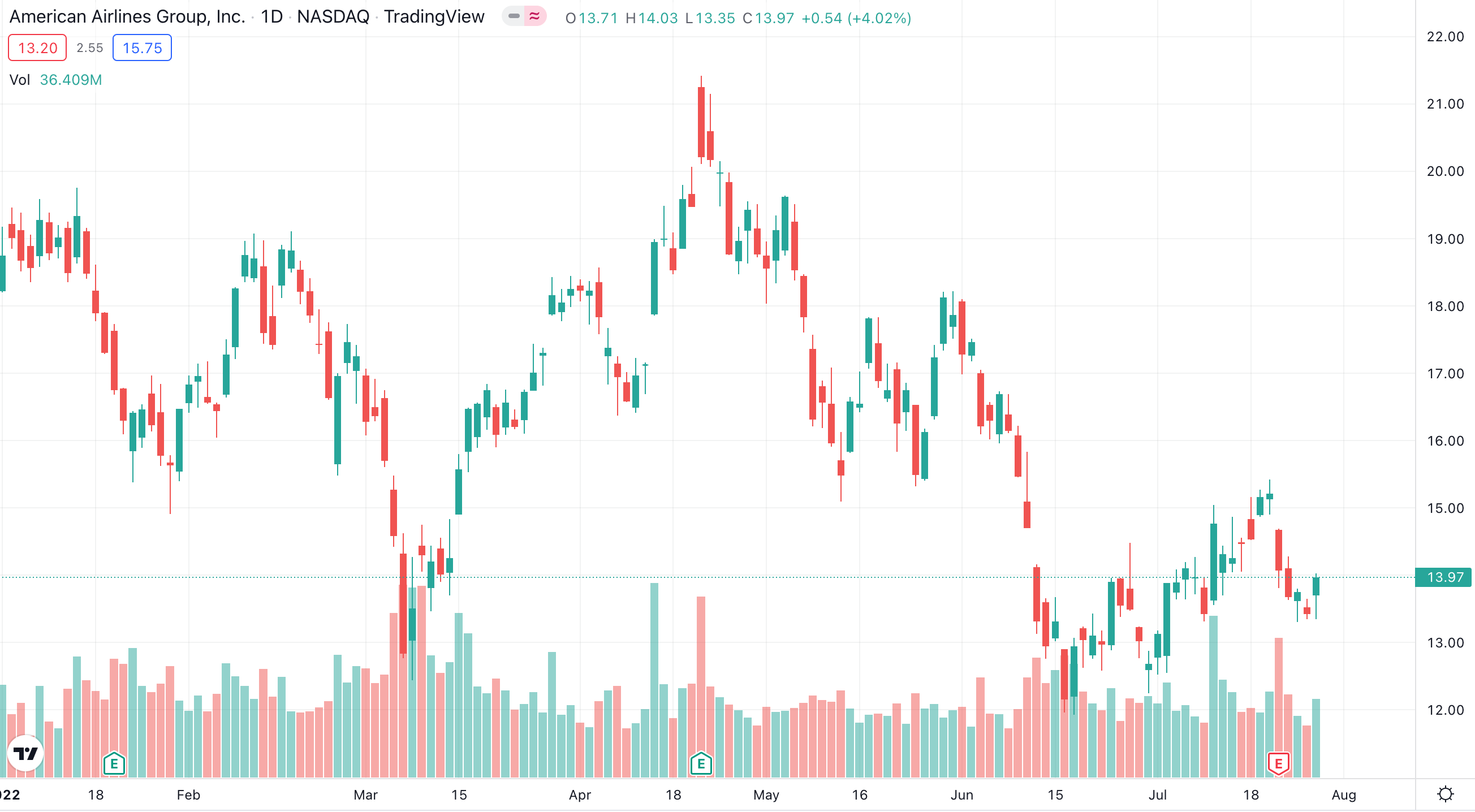 At the same time, the shares of Delta Air Lines Inc (NYSE: DAL) retreated 26.79% over the course of the second quarter, while those of United Airlines Holdings Inc (NASDAQ: UAL) lost 23.60% of their value.

Based on current demand tendencies, American Airlines expects a 10% to 12% growth in its third-quarter total revenue compared to Q3 of 2019 and an 8% to 10% lower capacity.

“After the COVID-19 testing requirement for inbound travel to the United States is no longer in place, it is very likely that international travel demand may remain on its recovery trajectory. Relaxation of COVID measures in other parts of the world may also contribute to this trend. With $15.6 billion in total available liquidity at the end of the second quarter, AAL remains well-positioned for Q3,”

Overall debt reduction still remains American Airlines’ top priority and the airline is on track to reduce total debt by $15 billion by the end of 2025.