Snapchat is the fastest-growing US brand, registering 184% brand value growth¹ over the past year, according to research and analysis by TradingPedia.

Globally, Snapchat ranks second among the fastest-growing brands, right after TikTok, which registered a brand value growth of 215% year-over-year, as reported in 2022. 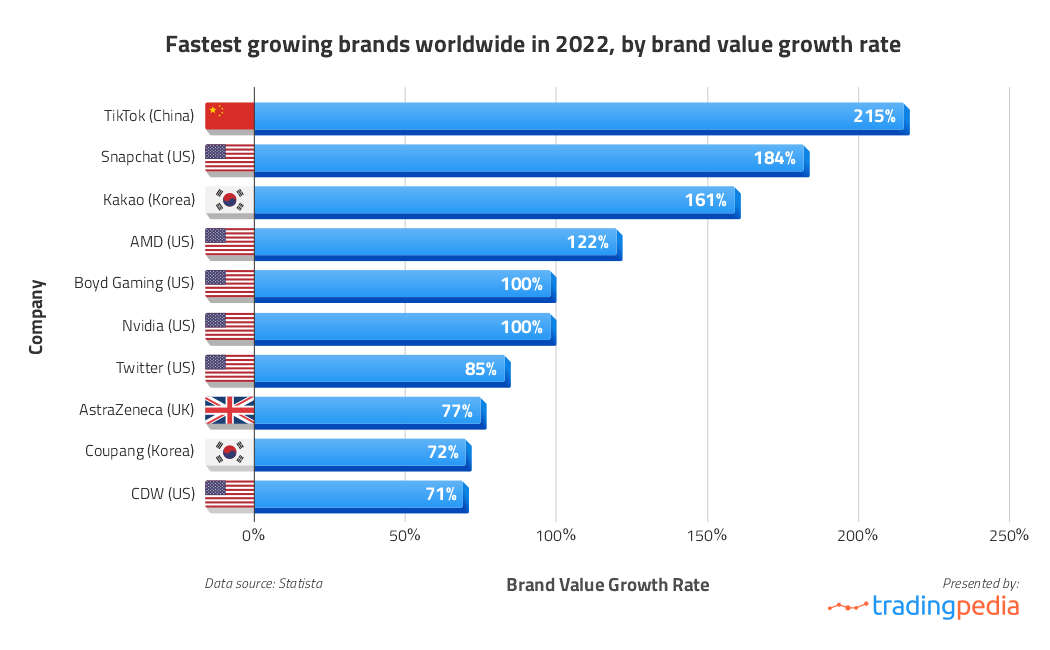 The largest number of Snapchat users on a daily basis – 115.96 million – has been registered in India. However, North America remains the multimedia instant messaging app’s largest market, with 106 million daily users. Europe is the next largest demographic, with 82 million active users, making the app a necessary tool for any business targets this region. 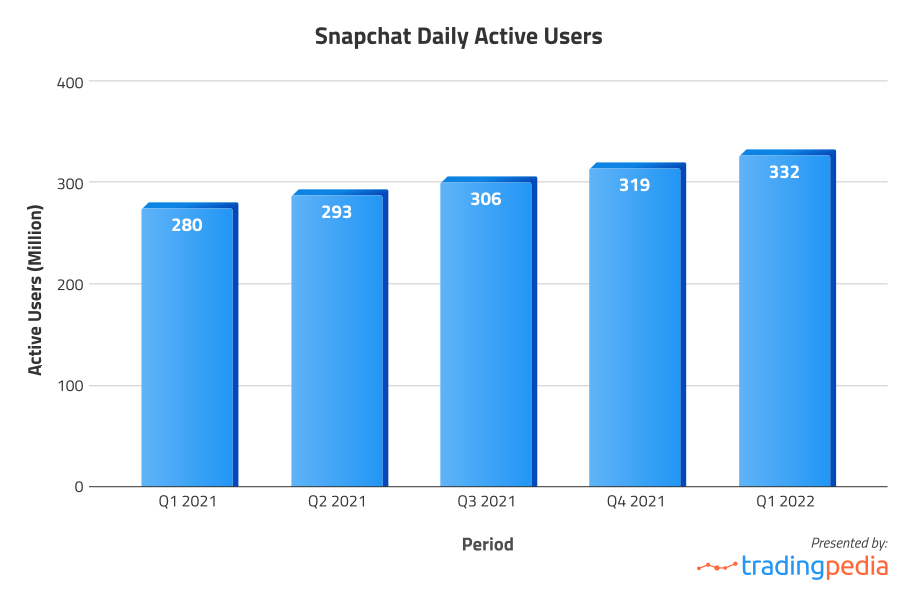 Snapchat remains one of the most widely-used social platforms for America’s Generation Z, which includes everyone born between the late 1990s and the 2010s. In the US, the social media platform reaches 90% of the individuals aged 13 to 24, which is why Snapchat is a great platform for advertisers aiming at the Gen Z audience.

“Snapchat has established itself as one of the most attractive social platforms for advertisers, as it has both a vast audience with a global spending power estimated at over $4 trillion, as per Snapchat data. In some of the most lucrative markets like the US, brands are able to reach over 90% of Gen Zers and Millenials, due to the massive adoption rate in these age brackets.”

As of May 18th, 2022, Snapchat has a market cap of $40.15 billion, which ranks it 208th among the largest companies in the US by market capitalization. In Q1 2022, Snapchat managed to reach a 38% year-over-year revenue growth to $1.063 billion. The multimedia instant messaging service generates its entire revenue through advertising. A key factor in the company’s good results in terms of revenue are the so-called Dynamic Ads. They allow advertisers to upload their entire product catalog and target users by their personal interests and offer the most relevant item or service.

Despite the good results in terms of increased revenue and the number of active users, Snapchat continues to report serious losses which affects the stock trading of the company. This has become pretty standard mode of operation for some of the largest players in the Silicon Valley. The company registered a $360-million loss over the first quarter of 2022. In comparison, the loss registered in the same period of 2021 amounted to $287 million. 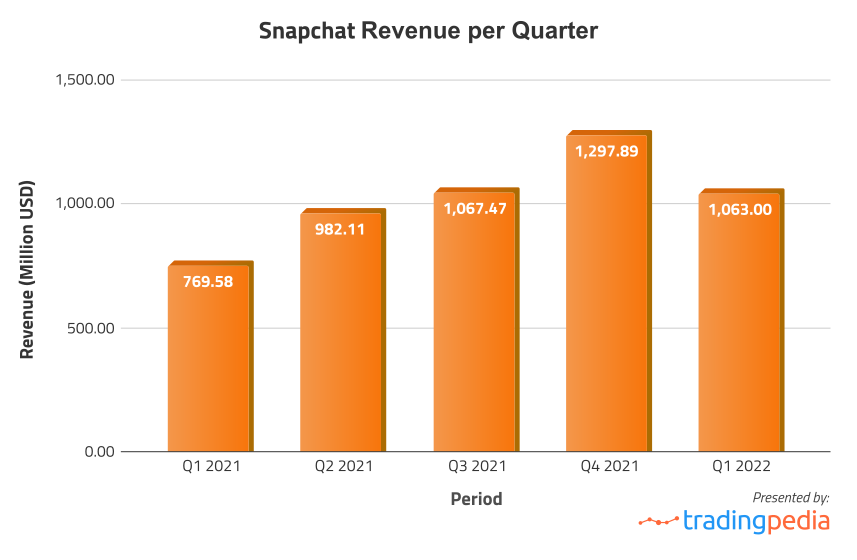 Heading into the next quarter, Snapchat has not disclosed a specific revenue target but has forecast an expectation of a year-on-year revenue growth between 20% and 25%.

1. Brand valuation is the process of estimating the total financial value of a brand. The ISO 10668 standard specifies six key requirements for the process of valuing brands, which are transparency, validity, reliability, sufficiency, objectivity; and financial, behavioural, and legal.parameters.