Bitcoin prices have rallied nicely through the month of March.  However, the digital asset is struggling to maintain this monthly uptrend. 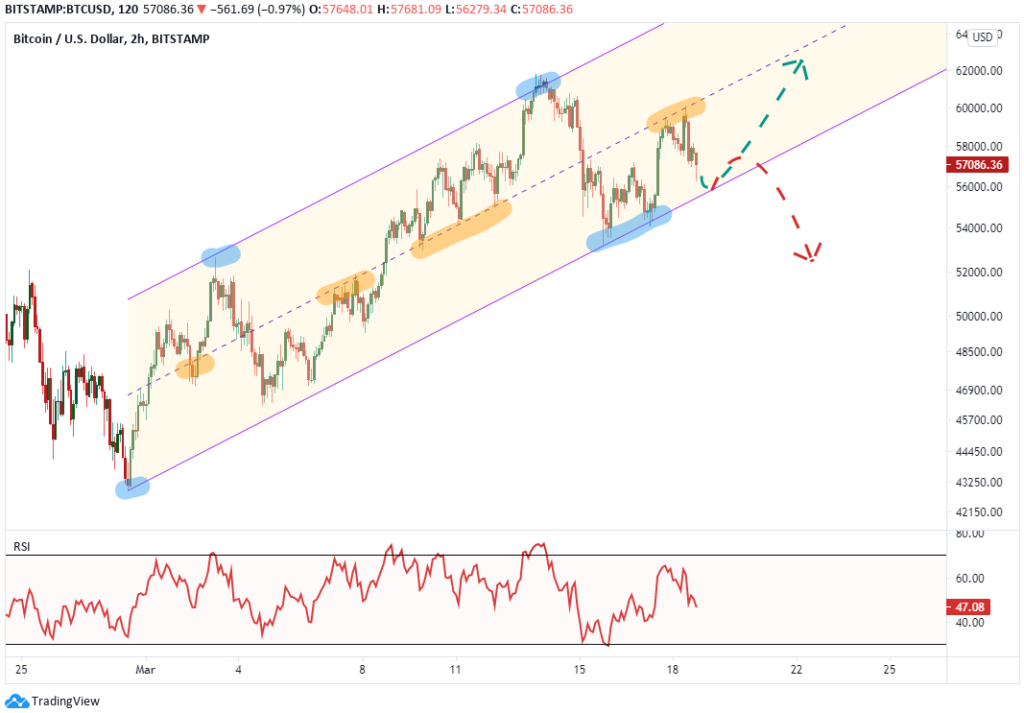 The inability of bitcoin prices to rally above the mid-line of this price channel implies a weak market and increases the chances of further losses.  In the event prices due correct further, the next level of support appears at the channel support line near $55,600.  I suspect bitcoin may react to this level.

However, due to prices hanging out in the lower half of the price channel, I would not be surprised to see bitcoin correct further and break below support.

The support line of the price channel will likely create a bullish reaction, even if just for a small bump.

If the reaction is medium-term bullish, then bitcoin prices will likely rally back up to the channel mid-line which is in the low 60’s.

If the support trend line fails and breaks, then bitcoin prices will likely correct further down to $49,400. 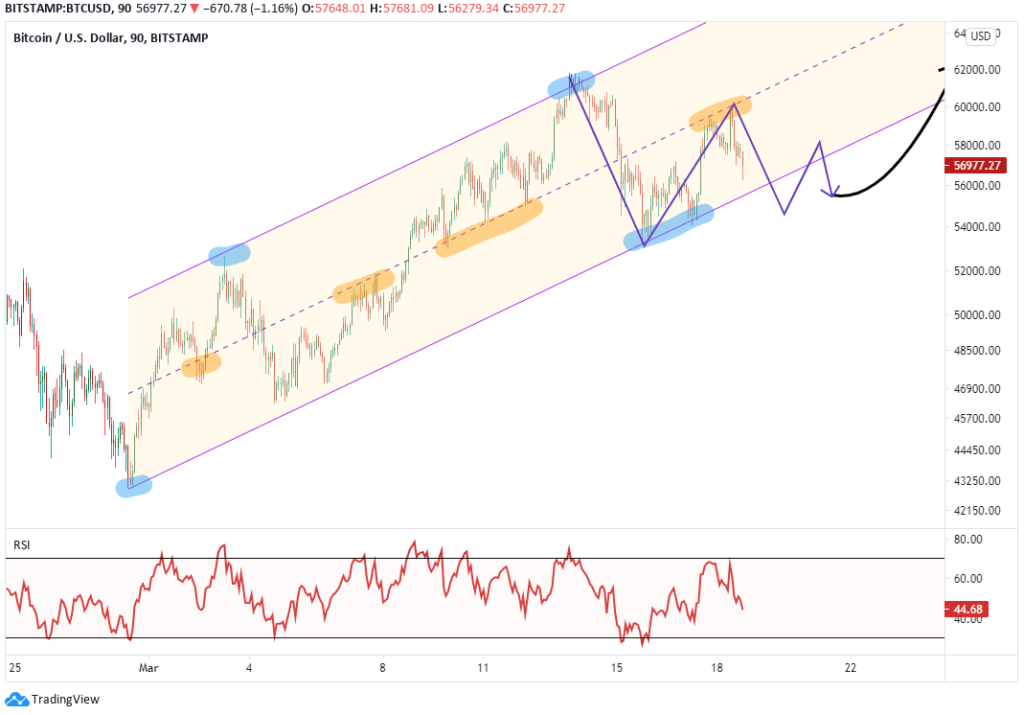 There is a third option to which I have my eye on, that is a triangle formation that began March 13.  Triangles are typically created with 5 sub-waves and we may be only in the third of those sub-waves.  If this triangle scenario unfolds, then we would be looking for a slightly break of the support trend line, but no meaningful correction.  That is to say prices continue to grind sideways between $54,000 and $60,000.

Once this sideways consolidation is complete, then bitcoin would likely pop higher above $60,000.

Interested in learning more about how to read charts of bitcoin and other markets?  Become a TradingPedia Insider by joining the Trading Price Newsletter and receive clear analysis and education twice per week.

Author: Jeremy Wagner Jeremy is a charting expert and trading veteran who has educated hundreds of thousands of traders over the past decade. His specialty is chart reading and technical analysis.