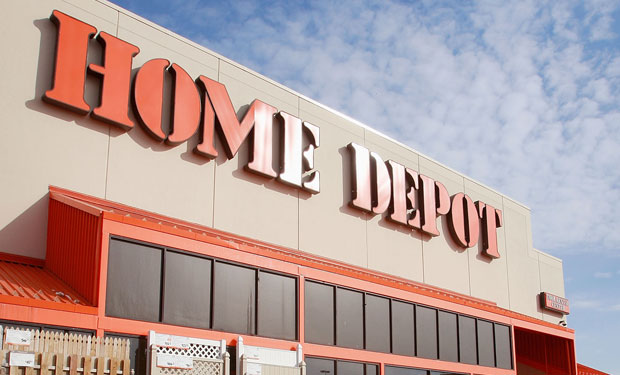 Home Depot Inc’s (HD) comparable sales, reported on Tuesday, rose at the sharpest rate in at least two decades during the second quarter, supported by strong demand for home improvement supplies as consumers remained at home because of the coronavirus pandemic.

Home Depot’s same-store sales surged at an annual rate of 23.4% during the second quarter, far surpassing a consensus of analyst estimates pointing to a 10.5% growth, as consumers spent more time on do-it-yourself home projects.

“These are record comparable sales – it’s really tough to sustain that,” Wedbush Securities analyst Seth Basham was quoted as saying by Reuters.

“We will see a slowdown in the back half of the year – the question is the degree to which the slowdown occurs.”

The company’s total sales soared 23.4% year-on-year to a record $38.05 billion during the fiscal quarter ended on August 2nd. In comparison, analysts on average had expected revenue of $34.53 billion.

Home Depot spent nearly $480 million in additional benefits for workers such as weekly bonuses and overtime as compensation for their engagement in stores and warehouses during the COVID-19 crisis.

Meanwhile, net income attributable to shareholders went up 24.5% year-on-year to $4.33 billion ($4.02 per share) during the second quarter. The latter compares with a median analyst estimate of $3.71 per share.

The same media also reported that at least 15 out of 31 surveyed investment analysts had rated Home Depot’s stock as “Buy”, while 11 – as “Hold”. On the other hand, 1 analyst had recommended selling the stock.