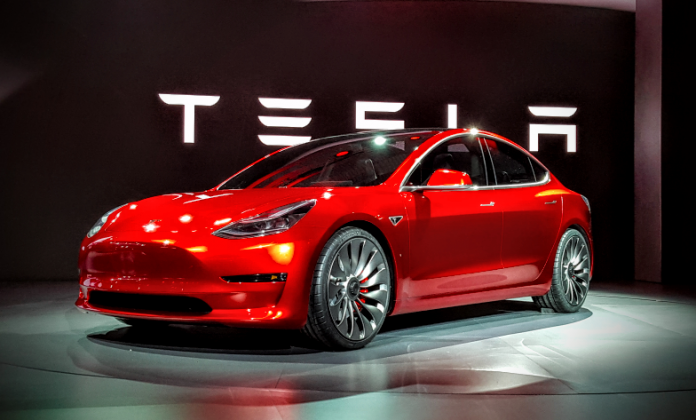 Tesla’s stock gained 5.4%, or $933.44 a share in Monday trading, marking a record high for the electric carmaker. The jump in shares followed the news of increased sales of Tesla’s Model 3 vehicle in China last month.

Compared to the results for April of 3,635 sold vehicles, the sales in May almost tripled, with 11,000 Model 3 units sold in China. After the coronavirus crisis, the increased sales of Tesla’s electric cars motivated many investors who speculated that the stock will continue to increase.

The predictions of traders may be proven right as Tesla’s stock has gained more than 120% year-over-year. The previous record high for Tesla’s stock was in February when it traded at $917.

Due to the pandemic lockdowns, the first quarter of the fiscal 2020 was Tesla’s first complete quarter of production in Shanghai. While the sales in March ended the last quarter of the previous year with a little over 10,000 Model 3 purchases, April brought a slump in sales. Thankfully, as restrictions began to lift, the demand for electric vehicles increased in China, bringing Tesla a record high in sales.

While the rest of the world was slower in its recovery, China’s auto sector was very quick in resuming its usual growth. The overall vehicle sales in the country increased by 12% in May, representing 2.14 million sold units.

Even though Tesla’s revenue in China surged, the company’s expenses have also increased. The electric carmaker has plans for a major expansion of its Supercharger network in China. This would help the company to further strengthen the support of the new electric vehicles produced by Tesla.

The same media also offers the recommendations of 33 investment analysts who have a consensus rating of “Hold” for Tesla Inc. Among the 33 polled analysts, 14 ranked the company’s stock as “Hold”, 8 as “Buy”, 8 as “Sell”, 1 as “Outperform” and 2 – as “Underperform”.