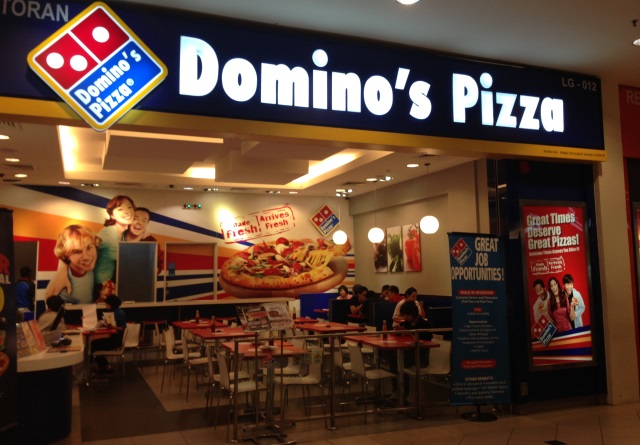 Domino’s Pizza Inc’s (DPZ) US comparable sales, reported on Thursday, topped Wall Street estimates for the first time in at least a year, as the pizza chain has been opening new stores, introducing new menu items and has begun offering faster deliveries to attract customers.

Domino’s Pizza shares closed higher for a seventh consecutive trading session in New York on Thursday. It has also been the sharpest single-session gain ever registered. The stock went up 25.60% ($76.06) to $373.16, after touching an intraday high at $381.35 and also a fresh all-time high.

Total revenue went up 6.3% year-on-year to $1.15 billion during the quarter ended on December 29th, while exceeding the median analyst estimate ($1.13 billion).

Sales at US stores, which are open for at least 13 months, grew 3.4% year-on-year during the fiscal fourth quarter, easily beating a consensus of estimates pointing to a 2.3% growth.

Earnings per share, which exclude special items, were reported at $3.13 during the fiscal fourth quarter.

“Our relentless focus on our customers, our franchisees … helped us deliver a solid 2019 in the face of unique competitive headwinds,” Ritch Allison, Domino’s Pizza Chief Executive Officer, was quoted as saying by Reuters.

The same media also reported that at least 13 out of 23 surveyed investment analysts had rated Domino’s Pizza Inc’s stock as “Buy”, while 8 – as “Hold”. On the other hand, 1 analyst had recommended selling the stock.