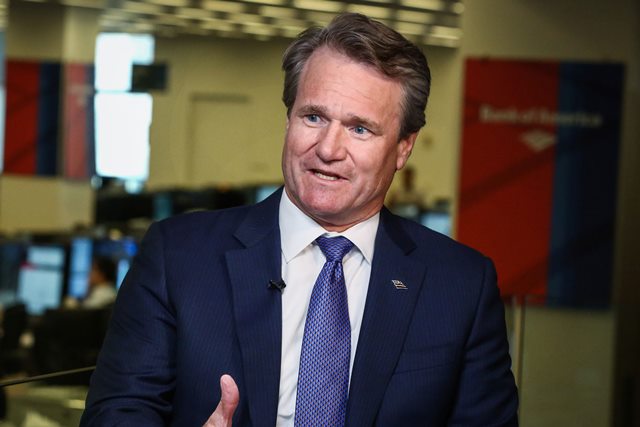 Bank of America Corp (BAC) Chief Executive Officer Brian Moynihan’s total compensation for 2019 has been left without change at $26.5 million, the Wall Street bank said in a filing with the Securities and Exchange Commission.

According to the filing, Moynihan’s compensation package for the entire 2019 included a base salary of $1.5 million and equity incentive awards of $25 million.

In comparison, Morgan Stanley’s board reduced CEO James Gorman’s total compensation by 7% to $27 million last year in an attempt to cut costs.

On the other hand, J.P. Morgan Chase’s board raised CEO Jamie Dimon’s total compensation for 2019 by only $0.5 million.

In 2018, Bank of America’s board raised Moynihan’s total compensation by 15%, as the bank reported record profit of $28.1 billion. However, in 2019, total profit decreased slightly because of the impact of a joint venture discontinuation during the year.

The same media also reported that at least 14 out of 27 surveyed investment analysts had rated Bank of America Corp’s stock as “Buy”, while 11 – as “Hold”. On the other hand, 1 analyst had recommended selling the stock.