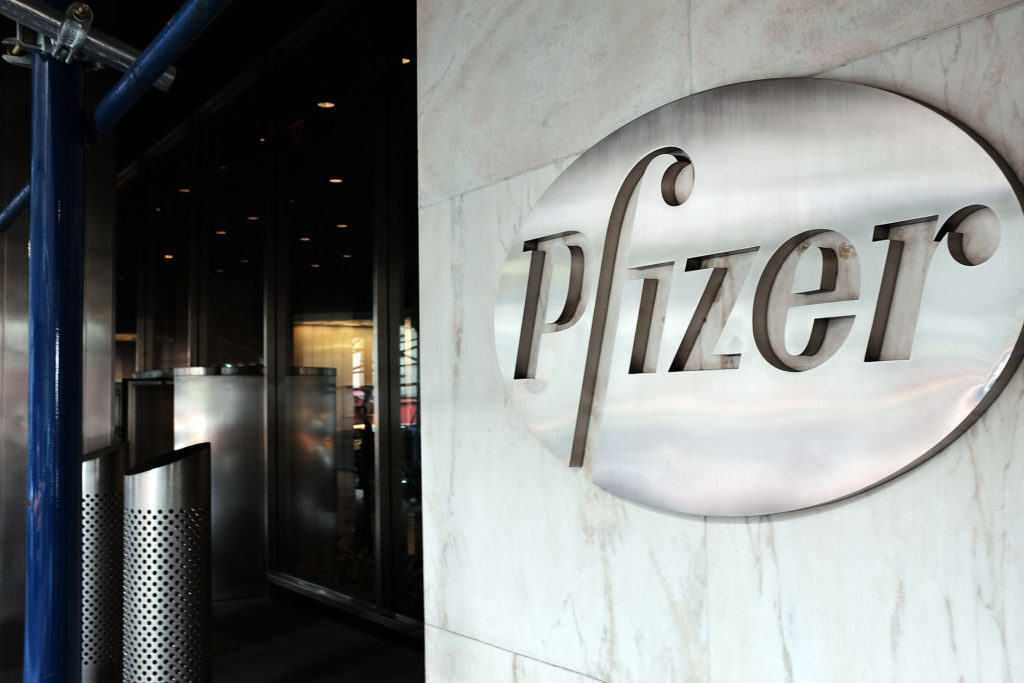 Total revenue shrank 9% year-on-year to $12.69 billion during the fourth quarter, in part suppressed by fierce competition for Pfizer’s pain treatment Lyrica, which lost patent protection in 2019.

Sales of Pfizer Inc’s Ibrance breast cancer drug surged 13.2% year-on-year to $1.28 billion during the latest quarter, while falling short of the median analyst estimate of $1.35 billion.

Meanwhile, net loss attributable to shareholders shrank to $337 million ($0.06 per share) during the fourth quarter from $394 million ($0.07 per share) in the year-ago period.

Earnings per share, which exclude special items, were reported at $0.55 during the latest quarter, while missing a consensus of estimates of $0.58 per share.

The same media also reported that at least 6 out of 12 surveyed investment analysts had rated Pfizer Inc’s stock as “Hold”, while 4 – as “Buy”.