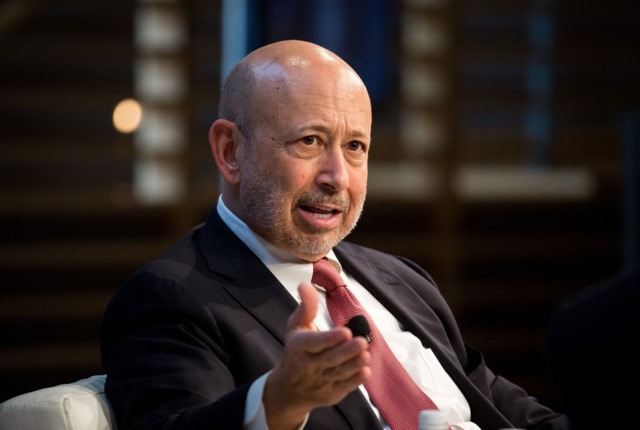 According to a report by the New York Times on Friday, citing sources with knowledge of the situation, after heading Goldman Sachs Group Inc for almost 12 years, Chief Executive Officer Lloyd Blankfein is likely to retire by December.

In the week ended on May 20th the shares of the bank holding company lost 2.44% of their market value compared to a week ago, which marked the fourth drop out of five weeks.

The stock has neutralized earlier advance and is now down 0.56% so far during the current month, following a 5.37% slump in April. The latter has been a third straight monthly loss and also the largest one since May 2017.

According to the newspaper, Goldmans President David Solomon is likely to succeed 63-year old Blankfein.

Blankfein has managed to outlast calls for his departure following the 2007-2009 financial crisis and kept the role even during his struggle with cancer.

The same media also reported that 14 out of 29 surveyed investment analysts had rated Goldman Sachs’s stock as “Hold”, while 9 – as “Buy”. On the other hand, 2 analysts had recommended selling the stock.