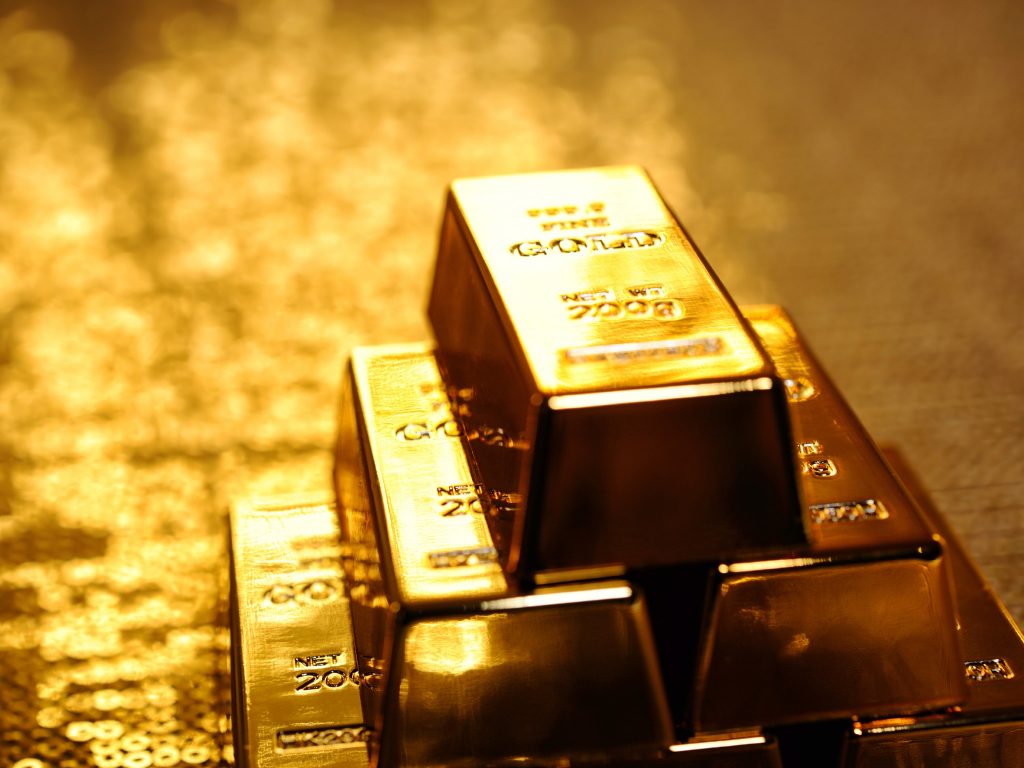 On the Comex division of the New York Mercantile Exchange, gold futures for delivery in December were edging down 0.32% on Tuesday to trade at $1,339.8 per troy ounce. The precious metal went up as high as $1,343.5 during early Asian trade, while the current daily low was at $1,337.3 per troy ounce, recorded during the early phase of the European trading session.

The US Dollar Index, a gauge reflecting the relative strength of the greenback against a basket of 6 other major currencies, was inching up 0.06% on the day at a level of 95.27, after going up as high as 95.35 earlier. The gauge has trimmed its drop to 0.77% so far in September, following a 0.54% advance in August.

Investor risk appetite heightened after during the first US presidential debate on Monday Democratic candidate Hillary Clinton outshone the Republican Donald Trump. As the debate began, the two contenders presented competing views regarding US economy.

“The kind of plan that Donald has put forth would be trickle-down economics all over again. And in fact it would be the most extreme version, the biggest tax cuts for the top percents of the people in this country that we’ve ever had,” said Hillary Clinton, cited by Reuters. “I call it Trumped-up trickle-down, because that’s exactly what it would be.”

Donald Trumps criticism, on the other hand, was directed against Clintons trade policies. He said the representative of the Democrats would approve a controversial trade deal with Asian countries despite opposing such a scheme during her presidential campaign. “Well Donald, I know you live in your own reality, but that is not the facts”, Clinton said in a response to Trumps criticism.

Two more presidential debates are to follow before the election in November – on October 9th and on October 19th.

Today gold trading may be influenced by the Conference Boards monthly survey on US consumer confidence. The report may show confidence among consumers in the country eased in September, with the corresponding index coming in at a reading of 99.0, according to market expectations. In August the gauge was reported at 101.1, while confounding the median estimate pointing to a slowdown to 97.0. It has been the highest level of confidence since September 2015, when the gauge came in at a revised down 102.6 (103.0 previously). In case the index slowed down more than anticipated, this would have a strong bearish effect on the US dollar and a strong bullish effect on gold respectively, as lower confidence suggests a lesser willingness to spend and, thus, a weaker economic growth. The official index reading is due out at 14:00 GMT.

Market players will be also paying a close attention to the public appearance of the Fed vice chairman, Stanley Fischer. He is expected to speak on the topic “Why Study Economics?” in front of the Howard University Economic Convocation at 15:15 GMT. Any hints in regard to the Bank’s policy stance or US economic outlook would certainly heighten gold volatility.

The yellow metal reached highs unseen since September 8th last week, after the Federal Reserve left the target range for the federal funds rate intact between 0.25% and 0.50% for a sixth consecutive meeting, as largely expected.

Meanwhile, silver futures for delivery in December were retreating 0.46% on the day to trade at $19.505 per troy ounce, after going down as low as $19.457 a troy ounce during the early phase of the Asian trading session.

By employing the Camarilla calculation method, the daily levels of importance for gold are presented as follows:

By using the traditional method of calculation, the weekly levels of importance for gold are presented as follows:

In monthly terms, for the yellow metal we have the following pivots: