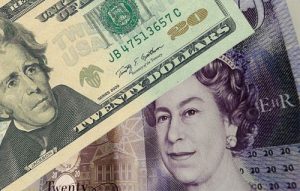 On Thursday GBP/USD trading may be influenced by the following macroeconomic reports and other events as listed below.

The 4-week moving average, an indicator lacking seasonal effects, was 263 250, marking an increase by 3 500 compared to the preceding weeks unrevised average.

The business week, which ended on March 25th has been the 56th consecutive week, when jobless claims stood below the 300 000 threshold, which suggested a healthy labor market. This has been the longest streak since 1973.

Initial jobless claims number is a short-term indicator, reflecting lay-offs in the country. In case the number of claims met expectations or fell further, this would have a moderate bullish effect on the US dollar.

The number of continuing jobless claims probably rose to the seasonally adjusted 2 189 000 during the business week ended on March 25th from 2 173 000 in the preceding week. The latter has been the lowest number of claims since the business week ended on November 20th 2015, when 2 161 000 claims were reported. The figure also represented a decrease by 7 000 compared to the revised up number of claims reported in the week ended on March 11th. This indicator reflects the actual number of people unemployed and currently receiving unemployment benefits, who filed for unemployment assistance at least two weeks ago.

Given the current state of the economy, a higher-than-expected amount borrowed is usually considered as dollar positive, as it implies a potential increase in consumer spending and accelerated growth, respectively. The Board of Governors of the Federal Reserve is to release the official numbers at 19:00 GMT.

At 21:30 GMT Federal Reserve Chair Janet Yellen is expected to take a statement. Since market players will be paying a close attention to this event in search of clues over how the policy tightening cycle may develop in the future, a moderate-to-high volatility of the currency pairs containing the US dollar is expected.