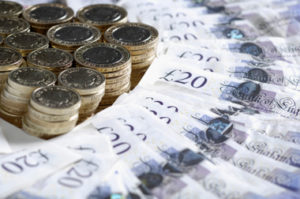 Yesterday’s trade saw GBP/USD within the range of 1.5218-1.5344. The pair closed at 1.5318, soaring 0.60% on a daily basis, while extending gains from Tuesday. It has been the sharpest daily rate of increase since September 17th, when the cross appreciated 0.63%. The daily high has been the highest level since September 23rd, when the cross registered a high of 1.5370.

Today the cross may be influenced by a number of macroeconomic reports and other events as listed below.

At the same time, the pace of BoE’s monetary stimulus will probably be left without change as well, at GBP 375 billion. The asset-purchasing programme, financed by the issuance of central bank reserves was initiated on March 5th 2009, while the scale of this programme was increased by GBP 50 billion to the current GBP 375 billion on July 5th 2012. The central bank issues new money in order to purchase gilts from private investors, such as pension funds and insurance companies.

According to extracts from the Banks Monetary Policy Statement, released in September: ”Inflation is below the target and the Committee’s best collective judgement is that there remain at least some underutilised resources in the economy. In that light, the Committee intends to set monetary policy in order to ensure that growth is sufficient to absorb the remaining economic slack so as to return inflation to the target within two years.”

”The Committee noted in the August Report that the risks to the growth outlook were skewed moderately to the downside, in part reflecting risks to activity in the euro area and China. Developments since then have increased the risks to prospects in China, as well as to other emerging economies. This led to markedly higher volatility in commodity prices and global financial markets.”

”There remains a range of views among MPC members about the balance of risks to inflation relative to the target. At the Committee’s meeting ending on 9 September the majority of members judged that the current stance of monetary policy remained appropriate. Ian McCafferty preferred to increase Bank Rate by 25 basis points, given his view that building domestic cost pressures would otherwise be likely to lead to inflation overshooting the target in the medium term.”

”All members agree that, given the likely persistence of the headwinds weighing on the economy, when Bank Rate does begin to rise, it is expected to do so more gradually and to a lower level than in recent cycles. This guidance is an expectation, not a promise. The actual path that Bank Rate will follow over the next few years will depend on the economic circumstances.”

In July Bank of England Governor Mark Carney said that the decision in regard to the timing of lifting borrowing costs will come by the end of 2015 and will be at a gradual pace.

”The ‘equilibrium’ real rate of interest – the rate needed to keep the economy operating at potential and inflation on target – which was sharply negative during the crisis, will continue to be lower than on average in the past. It also seems likely that the equilibrium interest rate will move only slowly back up towards historically more ‘normal’ levels”, Carney said in a statement at the Lincoln Cathedral. ”Everything else equal, that suggests a prospective tightening cycle that, once it starts, will be longer and shallower than those of the past. In other words, we expect Bank Rate increases to be gradual, and limited to a level below past averages.”

”It would not seem unreasonable to me to expect that once normalisation begins, interest rate increases would proceed slowly and rise to a level in the medium term that is perhaps about half as high as historical averages. In my view, the decision as to when to start such a process of adjustment will likely come into sharper relief around the turn of this year”, he added.

The 4-week moving average, an indicator lacking seasonal effects, was 270 750, marking a decrease of 1 000 compared to the preceding weeks unrevised average.

The business week, which ended on September 25th has been the 30th consecutive week, when jobless claims stood below the 300 000 threshold.

Initial jobless claims number is a short-term indicator, reflecting lay-offs in the country. In case the number of claims met expectations or dropped further, this would have a moderate bullish effect on the US dollar.

The number of continuing jobless claims probably rose to the seasonally adjusted 2 205 000 during the business week ended on September 25th, from 2 191 000 in the prior week. The latter has been the lowest level for insured unemployment since November 11th 2000, when 2 161 000 claims were reported. The figure represented a drop by 53 000 compared to the revised up number of claims reported in the week ended on September 11th. This indicator reflects the actual number of people unemployed and currently receiving unemployment benefits, who filed for unemployment assistance at least two weeks ago.

At 18:00 GMT the Federal Open Market Committee (FOMC) will release the minutes from its meeting on policy held on September 16th-17th. The minutes offer detailed insights on FOMC’s monetary policy stance. This release is closely examined by traders, as it may provide clues over interest rate decisions in the future. High volatility is usually present after the publication.

As the Federal Reserve abstained from introducing a rate hike in September, and after the downbeat report on Non-farm Payrolls last Friday, expectations of a rate raise by the end of the year have been somewhat curbed.

However, in a statement at the University of Massachusetts Fed Chair Janet Yellen noted that an initial increase in the target range for the federal funds rate later in 2015 would still be appropriate. ”If the FOMC were to delay the start of the policy normalization process for too long, we would likely end up having to tighten policy relatively abruptly to keep the economy from significantly overshooting both of our goals. Such an abrupt tightening would risk disrupting financial markets and perhaps even inadvertently push the economy into recession. In addition, continuing to hold short-term interest rates near zero well after real activity has returned to normal and headwinds have faded could encourage excessive leverage and other forms of inappropriate risk-taking that might undermine financial stability. For these reasons, the more prudent strategy is to begin tightening in a timely fashion and at a gradual pace, adjusting policy as needed in light of incoming data”, Yellen said.

Meanwhile, the yield on UK 10-year government bonds soared as high as 1.862% on October 7th, or the highest level since September 22nd (1.882%), after which it slid to 1.827% at the close to add 1.8 basis points (0.018 percentage point) compared to October 6th. It has been the third consecutive trading day of increase.