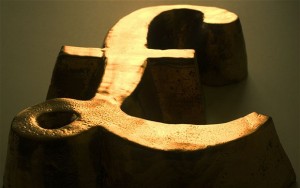 Today the cross may be influenced by a number of macroeconomic reports and other events as listed below.

The final estimate of United Kingdoms GDP probably confirmed the second (revised) estimate, released on August 28th, that economy expanded at a rate of 2.6% during the second quarter of 2015 compared to the same period a year ago. It has been the slowest GDP growth rate since Q3 2013, when economy expanded 1.9%. UK GDP grew at an annualized rate of 2.9% in the first quarter, up from a second estimate, pointing to a 2.4% growth.

According to the revised data, export growth was not sufficient in order to neutralize private and public expenditure slowdown in Q2. Household spending rose at an annualized rate of 3.3% in the second quarter, slowing down from a 3.4% increase in Q1, while government spending expanded 1.9% year-on-year, slowing down from a 2.3% increase in the prior quarter. Gross fixed capital formation expanded 4.9% in the second three months of the year, but slowed down from a 5% surge in Q1. UK total exports rose at an annualized rate of 8.1% in Q2, accelerating from a 3.8% growth in Q1, while the nations total imports expanded 5.9% year-on-year, following a 4.6% increase in Q1, revised data by the Office for National Statistics (ONS) showed.

On a quarterly basis, the final estimate of UK GDP probably also matched the second estimate of a 0.7% growth during Q2, following a 0.4% expansion during the first quarter. If so, it would be the fastest quarterly rate of GDP growth since Q2 2014, when UK economy expanded 0.9%.

In case the final annual growth rate was slower than expected, this would trim the appeal of the sterling. The Office for National Statistics is expected to release the second GDP estimate at 8:30 GMT.

Change in Employment by ADP

Employers in the US non-farm private sector probably added 195 000 new jobs during September, according to the median estimate by experts, following 190 000 new positions added in August. If so, this would be the largest gain in jobs since June, when 237 000 positions were added. The employment report by Automated Data Processing Inc. (ADP) is based on data that encompasses 400 000 – 500 000 companies employing over 24 million people, working in the 19 major sectors of the economy. The ADP employment change indicator is calculated in accordance with the same methodology, which the Bureau of Labor Statistics (BLS) uses. Published two days ahead of the governments employment statistics, this report is used by traders as a reliable predictor of the official non-farm payrolls data. Creation of jobs has a direct link to consumer spending, while the latter is a major driving force behind economic growth. Therefore, in case new jobs growth came above expectations, this would have a moderate-to-strong bullish effect on the US dollar. The official figure is scheduled to be released at 12:15 GMT.

At 19:00 GMT Federal Reserves Chair Janet Yellen is to take a statement. Moderate-to-high volatility of the dollar crosses is usually present during her speeches.

The yield on US 2-year government bonds climbed as high as 0.684% on September 29th, after which it fell to 0.653% at the close to lose 1.9 basis points (0.019 percentage point) compared to September 28th, while marking a second consecutive trading day of decline.

Meanwhile, the yield on UK 10-year government bonds soared as high as 1.796% on September 29th, after which it slid to 1.751% at the close to lose 2.7 basis points (0.027 percentage point) compared to September 28th, while marking a second straight day of decline.

The yield on US 10-year government bonds climbed as high as 2.120% on September 29th, after which it slipped to 2.061% at the close to lose 3.7 basis points (0.037 percentage point) compared to September 28th, while marking a second straight trading day of decrease.