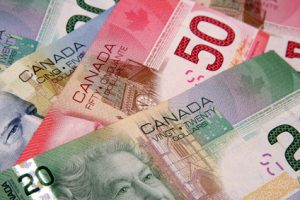 Wholesale inventories in the US probably expanded by 0.3% in May, according to analysts projections, following a larger-than-expected 0.4% growth in April, which marked a fourth straight monthly increase. This indicator measures the change in the total value of unsold goods held in stock by wholesalers. Typically, a high level of stockpiles suggests a sluggish economy, while lower inventories point to stronger growth. Therefore, a higher-than-expected reading is generally considered as bearish for the US dollar, and vice versa. The Census Bureau will release the report at 14:00 GMT.

Later in the day, Fed Chair Janet Yellen will hold a speech on the US economic outlook. Yellen took office as Chair of the Board of Governors of the Federal Reserve System on February 3rd 2014 for a four-year mandate. Statements by top Fed officials, especially those by the Chief, are accompanied by high volatility and are closely watched by traders for clues on future policy decisions. Ms. Yellen will hold her speech at 16:30 GMT.

The number of employed people in Canada probably decreased by 10 000 in June, according to analysts expectations, following an increase of 58 900 in May, which was the highest since October 2014. Part-time employment rose by 27 900 in May compared to a month earlier, while full-time employment was up by 30 900. Creation of new job positions is considered of utmost importance for consumer spending. In case employment in the country decreased at a faster pace than expected, this would have a bearish effect on the Canadian dollar.

Meanwhile, the rate of unemployment probably edged up to 6.9% last month from 6.8% in May. If confirmed, this would be the highest since August 2014. Following the same logic, a higher-than-expected rate of increase would have a bearish effect on the local currency. Statistics Canada is to release its official employment report at 12:30 GMT.

According to Binary Tribune’s daily analysis, the pair’s central pivot point stands at 1.2707. In case it penetrates the first resistance level at 1.2747, it will encounter next resistance at 1.2784. If breached, upside movement may attempt to advance to 1.2824.