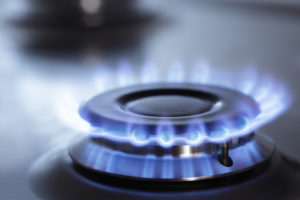 Natural gas fell on Friday but settled the week higher as cold blasts across the north-eastern US lined up. However, sentiment remained neutral, if not skewed to the upside, as the rest of the US continues to enjoy seasonal and higher temperatures, curbing heating demand on national level.

Natural gas for delivery in April slid 0.96% to $2.786 per million British thermal units yesterday, settling the week 2.2% higher. The contract ranged between Wednesdays three-week high of $2.935 and Mondays low of $2.680.

The power-station fuel still settled the week higher as a series of cold weather systems across the north-eastern US will induce periods of stronger heating demand. However, with colder conditions likely to be confined within these regions, heating demand on the national level will remain light.

NatGasWeather.com reported on Friday that natural gas demand in the US will be low-to-moderate, compared to normal, through March 26th, with a somewhat warmer weather trend for the West over the following seven days, while the East sees a slight cooling in conditions.

As the current system with showers leaves the East Coast, a brief break will occur today before another cold front sweeps across the Great Lakes and Northeast later in the day into Sunday, driving locally high heating demand. However, widespread seasonal conditions across the rest of the US with highs into the 60s and 70s will persist throughout next week, although some weather systems with showers will continue to track through the Southeast and Northwest.

As the cold blast fizzles early next week, temperatures will warm up in the 40s and 50s across the North and East, before another cold blast arrives with cooler-than-normal temperatures on March 28-30th, bearing the potential to reach further south. Lower temperatures will likely hold through April 1-2nd but milder conditions will try to push in as the week progresses.

The West will be mainly warm and dry through the end of the month, while the central and eastern US also haven’t seen changes from recent forecasts that have been calling for near-normal conditions, with active weather systems passing through.

According to AccuWeather.com, highs in New York will range between 40 and 44 degrees Fahrenheit on March 22nd through 24th, below the average 52, and will remain near or slightly lower than usual through the end of the month. Chicago will see highs in the 40s over the coming week, compared to the normal 50, while lows remain slightly above the freezing point.

Next week’s supply report by the EIA will likely register a small inventory build as the reach of this past Tuesday’s cold blast was limited to the Northeast and the rest of the US continued to enjoy mostly seasonal weather. The five-year average withdrawal for the week ended March 20th is 19 billion cubic feet, while the year-ago storage drop was -56 bcf.

The following report, due on April 2nd, may reflect a near-average or slightly thinner inventory decline, depending on how this weekend’s cold blast plays out and for how long it persists. The five-year average withdrawal for the week ending March 27th is -22 bcf, while gas in storage declined by 71 bcf a year ago. In any case, inventories are unlikely to gain much ground on deficits over the next three supply reports as cold Canadian air lurks across the border.

According to Binary Tribune’s daily analysis for Monday, April natural gas futures’ central pivot point stands at $2.822. In case the contract penetrates the first resistance level at $2.883 per million British thermal units, it will encounter next resistance at $2.979. If breached, upside movement may attempt to advance to $3.040 per mBtu.

If the energy source drops below its S1 level at $2.726 per mBtu, it will next see support at $2.665. If the second key support zone is breached, the power-station fuel’s downward movement may extend to $2.569 per mBtu.