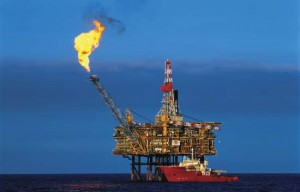 Both West Texas Intermediate and Brent crude benchmarks advanced on Wednesday, supported by supply disruptions in Nigeria and Libya, and following yesterdays strong data from the US, which bolstered the top consumer’s economic outlook. However, easing worries over Ukraine held Brent gains in check. Meanwhile, natural gas futures declined on Wednesday as long-term weather forecasting models called for a significant warm-up across most of the densely populated US areas, curbing demand for the power-station fuel.

Oil prices drew support after Royal Dutch Shell declared force majeure on exports of Forcados crude from Nigeria following a pipeline leak that was caused by oil theft. The company did not provide a timeline on when exports will resume, but that should happen as soon as possible.

In addition, the Libyan state-run National Oil Corporation said on Tuesday that nationwide output has fallen by a further 80 000 barrels per day to around 150 000 bpd due to the closure of the El Feel oilfield as the pipeline to the Mellitah port was shut. The African country produced a total of 1.4 million barrels of oil per day last summer, before rebel groups and protesters cut most of the country’s capacity.

The oil market, and especially WTI crude, were also well supported by the rise of US consumer confidence to a six-year high in March amid improved optimism about the economy after the recent harsh winter weather, and house prices increased solidly.

NatGasWeather.com’s extended forecast for the period March 31st-April 5th, called for gradual warm-up during the outlook period as the pattern transits from colder-than normal to near-normal. There will be surges of milder air, leading to near-normal temperatures, when averaged over the period for the central and eastern US and even warmer over the West. This will significantly reduce natural gas and heating demand.