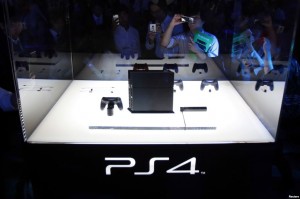 Sony is getting a head start in the console “war” for the attention of game players with Microsoft, which is releasing the Xbox One later this week. The Tokyo-based electronics maker has priced its console at $399, or $100 less than the Microsoft machine, as it seeks to penetrate North American markets in the Christmas shopping season.

Sony Corp. sold more than 1 million PlayStation 4 consoles in North America during the first 24 hours of sales. The record sales, which top analyst predictions, come after Chief Executive Officer Kazuo Hirai announced intention to position the video-game console as a centerpiece of a corporate turnaround strategy. Pressure has intensified on Hirai after the company last month disappointed investors by reporting a second-quarter loss.

However, despite great sales news, some consumers have reported issues with their PS4 systems. Defects associated with the power indicator light issue include the console powering off and no video or audio output to television, according to the company’s website.

“A handful of people have reported issues with their PlayStation 4 systems,” Sony said in a statement to IGN. “This is within our expectations for a new product introduction, and the vast majority of PS4 feedback has been overwhelmingly positive. We are closely monitoring for additional reports, but we think these are isolated incidents and are on track for a great launch.”

Sony is prepared for even greater demand as having adequate supplies of the PS4 through Christmas and stands by earlier projections for sales of 5 million units by March, Jack Tretton, president and chief executive officer of the company’s U.S. computer entertainment division, said November 11. The device goes on sale in Europe and Latin America on November 29.

PlayStation 4 has one important advantage based on the hardware of the console which includes a newer faster memory chip aiming at improving gaming performance definitely attracting hardcore gamers.

According to Shunsuke Tsuchiya, analyst at Credit Suisse “Sales between 500,000 and 1 million units would signal a strong launch”.

Sony shares added 0.9% to 1,862 yen at the close in in Tokyo trading. The benchmark Topix index gained 0.2% while Nikkei remained unchanged.