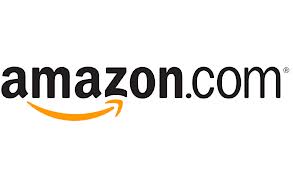 US-based online retailer Amazon.com Inc. has been trying for a decade to expand in China and tap the Asian countrys booming e-commerce. Now the company has embarked on a new strategy to open a store in the marketplace of its local rival Alibaba Group Holding, while it also maintains its own e-commerce website in China.

Amazon revealed its intentions to open a shop on Alibabas Tmall web site, a step emphasizing on the companys efforts to challenge its rivals dominance in China, where Alibaba holds more than 70% of online sales through its marketplaces, including Tmall and Taobao.

Amazon aims to increase its estimated 1.3% online market share in China as it sees excellent opportunities to offer branded foreign goods to local customers who are becoming increasingly cautious about counterfeit wares.

Alibabas Tmall provides merchants with virtual storefronts and payment portals, allowing them to reach more potential customers. As a Tmall seller, Amazon becomes Alibabas client and will pay commissions for transactions made through the online platform. Amazons store currently offers only a limited number of product categories, including kitchen equipment, ladies shoes, toys and imported food.

Other western retailers have already joined the Tmall platform. In 2015, companies such as Inditex, which owns the Zara brand, as well as ASOS and Burberry opened stores at Tmall with similar intentions – to gain a better foothold in China. Another US retailer – Costco Wholesale Corp. – also opened an online store in China via Tmall as it tries to offset slowing sales at its home market.