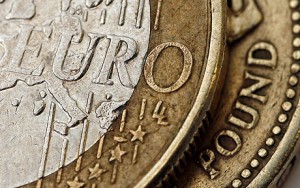 Confidence among investors in the Euro zone probably improved during the current month, with the corresponding index coming in at a reading of 3.0. In January it stood at 0.9. If so, this would be the highest index reading since July 2014, when it was reported at 10.1. The index is based on results from the SENTIX survey, one of the most prominent surveys, reflecting investors’ opinion in Germany. It encompasses 2 800 respondents, with 510 of them being institutional investors. Respondents present their expectations regarding ten different markets for a period of one and six months. Readings above zero indicate that respondents were predominantly optimistic, while readings below zero show pessimism. Higher-than-expected readings would have a bullish effect on the common currency. The official index value is due out at 9:30 GMT.

According to Binary Tribune’s daily analysis, the central pivot point for the pair is at 0.7445. In case EUR/GBP manages to breach the first resistance level at 0.7476, it will probably continue up to test 0.7530. In case the second key resistance is broken, the pair will probably attempt to advance to 0.7561.