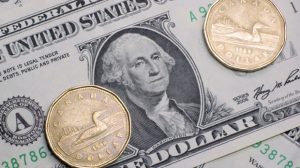 Foreign portfolio investment in Canadian securities probably shrank to CAD 7.23 billion in November, according to the median forecast by experts, from CAD 9.53 billion in October. This indicator reflects the flow of incoming investments in the local stock, bond and money markets. An increasing flow of foreign investments is usually related with a positive economic outlook for the country being invested in. This usually increases demand for its currency and vice versa. Therefore, in case portfolio investment in Canadian securities shrank more than anticipated, this would have a certain bearish effect on Canada’s dollar. The official data by Statistics Canada is due out at 13:30 GMT.

According to Binary Tribune’s daily analysis, the central pivot point for the pair is at 1.1992. In case USD/CAD manages to breach the first resistance level at 1.2039, it will probably continue up to test 1.2092. In case the second key resistance is broken, the pair will probably attempt to advance to 1.2139.