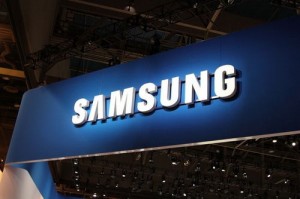 Samsung Electronics Co, the worlds largest TV manufacturer, announced on Thursday that its self-developed Tizen operating system will be largely implemented in its television sets starting 2015.

Samsung has been working with Inter Corp. for years over the creation of the operating system, which was initially intended to work on smartphones and replace Google Incs Android OS. However, the software can also be applied to digital cameras, other mobile devices and home appliances, Samsung launched its first Tizen-based device in October 2013, the Samsungs NX300M smart camera.

“Building our Smart Platform around Tizen is a groundbreaking step towards a much more intelligent and integrated system,” Lee Won-Jin, a Samsung executive vice president, said in a statement.

“Tizen not only enriches the entertainment experience for our customers today, but unlocks great potential for the future in home entertainment,” he said.

The South Korean giant will showcase its Tizen-wired TVs at the International Consumer Electronics Show in Las Vegas next week. It is still unknown when the smart TVs will reach wide market and at what price will it be sold.

Samsung said that its new TVs can synchronize with other devices via Wi-Fi connection and transfer content to each other, and also enabling viewing on multiple screens using its Tizen software, which is based on Linux. The platform will allow its users to watch live sports broadcasts, while also looking at statistics related to the players on the same screen.

To improve consumer satisfaction, Samsung said it has teamed up with a number of game companies, enabling its Tizen-based devices to work with different entertained platforms, including Sony Corp.’s PlayStation Now.

Samsungs has previously tried to implement the Tizen software on smartphones, but failed to do so due to lack of developer interest. However, the companys decision to release Tizen-powered TVs outlines Samsungs efforts to boost its struggling consumer electronics division, which reported more than 80% decrease in earnings during the quarter ended September citing falling prices and increased competition.