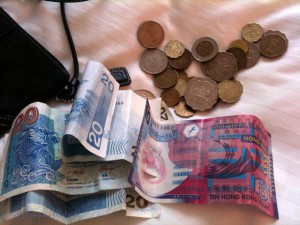 Business climate in Germany probably improved in December, with the respective gauge rising to 105.4 from 104.7 in November. If so, this would be the highest index reading since August, when the indicator came in at 106.3.

The CESifo Group is to release the official numbers at 9:00 GMT.

At 10:00 GMT Eurostat is to report on construction activity in the Euro zone for October. Seasonally adjusted construction output in the region decreased 1.8% in September compared to a month ago, following a 1.5% gain in August. In annual terms, output contracted at a pace of 1.7% in September, or the most since October 2013, when activity shrank 2.4%. This indicator reflects how resilient construction sector development is and also provides clues over investment activity. Higher rates of increase in output usually provide a limited support to the common currency, while higher rates of decline usually have the opposite effect.

The rate of unemployment in Hong Kong probably remained steady at 3.3% during the period September-November, according to the median forecast by experts, which would mark the fifth consecutive period, during which unemployment stood at that level.

It represents the percentage of the eligible work force that is unemployed, but is actively seeking employment.

In case the unemployment rate met expectations or even increased further, this would have a bearish effect on the local currency. The official unemployment data is due out at 8:30 GMT.

According to Binary Tribune’s daily analysis, the central pivot point for the pair is at 9.6100. In case EUR/HKD manages to breach the first resistance level at 9.6656, it will probably continue up to test 9.7594. In case the second key resistance is broken, the pair will probably attempt to advance to 9.8150.