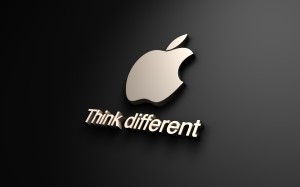 Apple Inc reached a market capitalization of more than $700 billion during the morning trading session on Tuesday, double the value compared to 2011 when Tim Cook was appointed as CEO.

In August Apple passed the $100 level and pushed further, reaching several consecutive highs thanks to the built up hype around the release of the iPhone 6 and growing operations in China.

Many analysts believe that Apple will continue its path of success, including Brian White, with Cantor Fitzgerald, who said that the company will outperform its competitors during the holiday period.

Recently Mr. Cook has updated Apples core portfolio, adding the larger iPhone 6 in September and the faster and thinner iPads in October. The company also introduced its own mobile payment system, which will further strengthen the connection between the customer and the company.

“The iPhone 6 excitement is driving investor enthusiasm so much that many have forgotten that management has hinted about new product categories not yet announced that could help in driving future earnings growth” said Walt Piecyk, an analyst at BTIG Research.

Apple have said that they will release its latest device, a smartwatch, next year. According to Morgan Stanley, on a pre-launch basis, more consumers have said that they will buy the device compared to the iPad or the iPhone. The bank also projected that Apple will deliver more that 30 million watches within a year of release, with around 10% of the companys current customer base purchasing the device.

“There are products we’re working on that no one knows about, that haven’t been rumoured about yet” Mr. Cook told journalist Charlie Rose in September.

Apple has traveled a long way before reaching market capitalization of $700 billion, a target which hasnt been hit by any other US company, Apples shares increased 10 times since January 2007, when the iPhone was introduced. Last year the stock struck a low of $55 per share in April, a significant drop from the $100 high in September 2012. Apples value has edged up more than 20% since the company announced its better-than-expected quarterly results in mid-October.

The achieved market capitalization of $700 billion has caused speculations among investors and Apples shareholders, including Carl Icahn, that the iPhone maker could be the first trillion-dollar company. However, most of Wall Streets projections land Apples value at $135 per share or slightly more than $750 billion, after taking into consideration share buybacks.