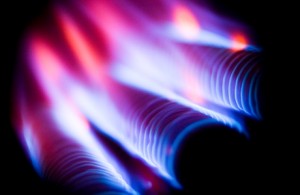 Natural gas fell for a second day as warmer temperatures reign over the southern and eastern US, however forecasts warned about incoming cold weather fronts.

According to NatGasWeather.com, national natural gas demand over the next seven days will be moderate for the first three days and high until the end of the week, with a neutral weather trend in the North and a slightly warmer trend across the South for the November 30 – December 5 period.

Due to high pressure, temperatures may reach the 60s and 70s, 8-15 degrees above normal, over most areas in the southern and eastern US, including cities alongside the Northeast Coast.

Early in the week the eastern US will experience a period of heavy showers brought by a weather system moving out of Texas and the Southeast. Over the next few days, another weather system will flow through the central US and push temperatures below normal.

Around Thursday, a colder weather system will arrive over the eastern US, bringing sleet before the cold front hits. The extreme cold air is expected to be focused across the Midwest and Northeast through the Thanksgiving weekend.

Next weeks temperatures in the far northern US will be normal or slightly cooler with very cold Canadian air lurking across the border. Meanwhile, the southeastern US will enjoy above-normal temperatures as moist and mild Pacific weather systems flow through the western US with areas of rain and snow.

The Energy Information Administration reported on Thursday that US natural gas stockpiles fell by 17 billion cubic feet (bcf) in the seven days ended November 14th, the first withdrawal since March. This exceeded both analysts’ expectations for a decline of 6-12 billion cubic feet and the five-year average drop of 10 bcf.

Total gas held in US storage hub fell to 3.594 trillion cubic feet, widening the deficit to the five-year average of 3.838 trillion to 6.4% from 6.2% during the previous period. Last week’s inventory level was also 5.3% below the previous year’s 3.795 trillion during the comparable period.

Last week’s impressive Arctic blast is projected to have led to a significant draw for this week’s report, possibly exceeding the 100-bcf mark. The five-year average withdrawal for the week ending November 21st is 6 billion cubic feet.

About 49% of US households use gas for heating, data by the EIA shows. The government agency said in its monthly Short-Term Energy Outlook report on November 12 that gas production may jump 4.8% this year to the average of 73.79 bcf per day.

Down South, the high in Texas City on November 24rd will be 63 degrees, 5 below normal, before increasing to as much as 74 degrees on November 30th. On the West Coast, Los Angeles will enjoy warmer-than-usual weather through November 29th with readings peaking at 82 on November 26th and 27th, followed by a slide to seasonal levels.

According to Binary Tribune’s daily analysis for Monday, December natural gas futures’ central pivot point stands at $4.344. In case the contract penetrates the first resistance level at $4.454 per million British thermal units, it will encounter next resistance at $4.643. If breached, upside movement may attempt to advance to $4.753 per mBtu.

If the energy source drops below its first support level at $4.155 per mBtu, it will next see support at $4.045. If the second key support zone is breached, the power-station fuel’s downward movement may extend to $3.856 per mBtu.