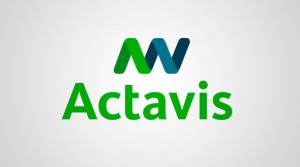 Actavis PLC projected optimistic earnings per share growth as the drugmaker reached the worlds top 10 pharmaceutical companies by market value after a series of deals.

With the $66 billion, or $219 per share, purchase of Botox maker Allergan, Actavis achieved a combined market value of $120 billion, up from less than $5 billion at end of 2009.

Over the 2007-2014 period the company went through an acquisition-spree, buying smaller companies in the U.S., Ireland and Switzerland. The strategy was first implemented by ex-CEO Paul Bisaro, who stepped down after seven years at the helm.

Mr. Basaro joined Watson, today known as Actavis, back in 2007. He expanded the company internationally by a series of small acquisitions and switched its aim from low-margin generic pills to medicines, like creams and patches, that were harder for commoditization by rivals.

By the end of January 2013, Actavis had purchased Uteron Pharma, a Belgian company which specializes in Women’s health products. In October, the same year, the company agreed to buy Ireland’s Warner Chilcott for $8.5 billion, the “tax inversion” deal allowed Actavis to move its headquarters to Dublin and thus reduce tax rate from 37% to 17%.

In July 2014 the company obtained Forest Laboratories for $28 billion and got his hands on the Namenda drug, a popular Alzheimer’s treatment. After the deal was closed Mr. Bisaro stepped aside for Mr. Saunders, CEO of Forest.

Recently the company showed interest in the Durata Therapeutics and the smaller Rhythm Health.

To finance its latest purchase Actavis took a $27.5 billion of debt, which Mr. Saunder said is a bit high and will “stretch the outer boundaries of comfort”, but the idea of obtaining Allergan was too tempting.

Actavis said it expects earnings per share to reach $25 in 2017, 84% more than analysts forecast. In order to get to that number the company introduced a plan to cut $1.8 billion in annual costs, including $400 million in research and development and $400 million from sales and marketing.