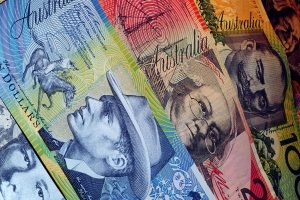 The Aussie received support, following the release of Chinese trade data earlier in the day. Chinas exports climbed at an annualized rate of 15.3% in September, or the fastest pace since February 2013, and also outstripped the median forecast by experts for an 11.8% gain. Total imports rose at a pace of 7% in September compared to the same month a year ago, beating expectations pointing to a 2.7% increase. Imports of iron ore registered the second highest level this year, while monthly crude oil imports expanded to their second highest level on record. At the same time, nations balance of trade produced a surplus at the amount of 31.00 billion USD in September, or below expectations of a surplus figure of 41.10 billion USD. This data usually has an impact on the Australian dollar, as China is Australias largest trading partner.

Markets in the United States and Japan are closed for public holidays today, while thin liquidity may boost volatility in the Foreign Exchange Market, according to Joseph Capurso, a currency strategist at Commonwealth Bank of Australia in Sydney.

According to Binary Tribune’s daily analysis, the central pivot point for the pair is at 0.8716. In case AUD/USD manages to breach the first resistance level at 0.8755, it will probably continue up to test 0.8828. In case the second key resistance is broken, the pair will probably attempt to advance to 0.8867.