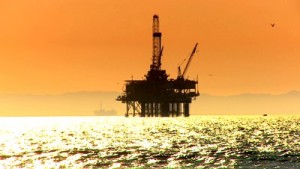 WTI and Brent futures were to the upside during morning trade in Europe today, as investors eye the key US nonfarm payrolls figure later today. Crude was looking for another massive loss late yesterday, but buying emerged at lows, reversing much of the slump.

“After a big drop yesterday, selling pressure might be over,” Ken Hasegawa, an energy trading manager at Newedge Group in Tokyo, said by phone today. “OPEC has still to make a decision to cut supply so it’s possible to see short-covering.”

Investors eye the key figure on US nonfarm payrolls for September, due for release later today. Analysts expect a reading of 215 000, after a disappointing 142 000 new jobs were created in August. Meanwhile, the unemployment rate is expected at 6.1%, same as last month.

Some analysts pointed to possible positionning into the report as support for crude late yesterday.

“We might be seeing some positioning or buying as a defense against the risk of the non-farm payrolls being skewed to the downside,” Ric Spooner, chief market analyst at CMC Markets, said for Reuters.

A below-par figure would hurt not only US demand outlooks, but also the dollar, which would support all dollar-denominated commodities, such as crude oil.

Previously, more hard data on US demand/supply was posted. The EIA report, which covers the week through September 26th, revealed crude stocks had been drawn by 1.4 million barrels, meeting expectations and logging the 15th out of 18 weeks of draws.

On Tuesday crude crashed, logging the worst day in almost two years, with both benchmarks closing for ~3% loss. Analysts agree that a complex of factors contributed to the slump. A four-year strong dollar, weakening demand outlooks in Europe and China, second- and third-top oil consumers, respectively, rising output from OPEC and technical covering at the end of the quarter were all cited as possible factors.

Do you agree with analysts that Saudis will step in at $85-$90 levels?