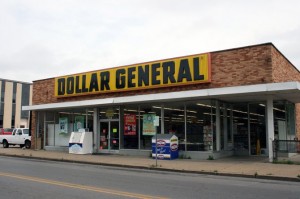 Dollar General Corp, the largest discount retailer in the US, announced a hostile bid after the board of long-sought Family Dollar declined the latest offer on grounds of unlikely regulatory approval.

The tender bid is the same as the previous one and offers $80.00 per Family Dollar share in cash.

DGs latest offer constitutes a ~$640 million premium to Dollar Trees bid and is 31.9% over Family Dollars value as of late July, before the acquisition talks began.

Family Dollars board had rejected DGs “superior” offer, on fears that a deal will be blocked by the Federal Trade Commission (FTC).

DG again expressed readiness to divest up to 1 500 stores, should the FTC require it in order to forward and approve an acquisition deal. Additionally, DG again said it would pay a $500 million reverse break-up fee if the deal did not close on antitrust disapproval. New to this offer, however, is DGs immediate move to contact the FTC and begin proceedings of regulatory approval.

“We now can begin the antitrust review process and will have an opportunity to present our position directly to the FTC,” Dreiling added. “As we previously have stated, we are confident in the results of our antitrust analysis, and we look forward to a constructive dialogue with the FTC.”

DGs stock dropped 2.3% on September 5th, when it became clear that Family Dollars board had declined the latest offer.

The stock closed Tuesdays session for a gain of 0.05% at $63.42 per share, valuing the company at $19.24bn, while the companys stock in Germany rose 1% by 12:02 GMT today, signaling the positive feedback of Dollar Generals hostile move. According to a Financial Times survey, 18 analysts offering 12-month price targets for Dollar General Corp. have a median target of $73.00, with a high estimate of $78.00 and a low estimate of $58.00. The median estimate represents a 15.11% increase from the last price of $63.42.